Boeing has resolved its issue with leaky KC-46A Pegasus aerial refuelling tanker fuel systems, according to a company spokesman.

Boeing spokesman Larry Chambers said on 14 September during the Air Force Association’s (AFA’s) annual conference that there are no more remaining KC-46As with leaky fuel systems. The US Air Force (USAF) announced in June that 18 KC-46As had problematic fuel systems and that the issue was being upgraded to the service’s most serious deficiency: Category 1. 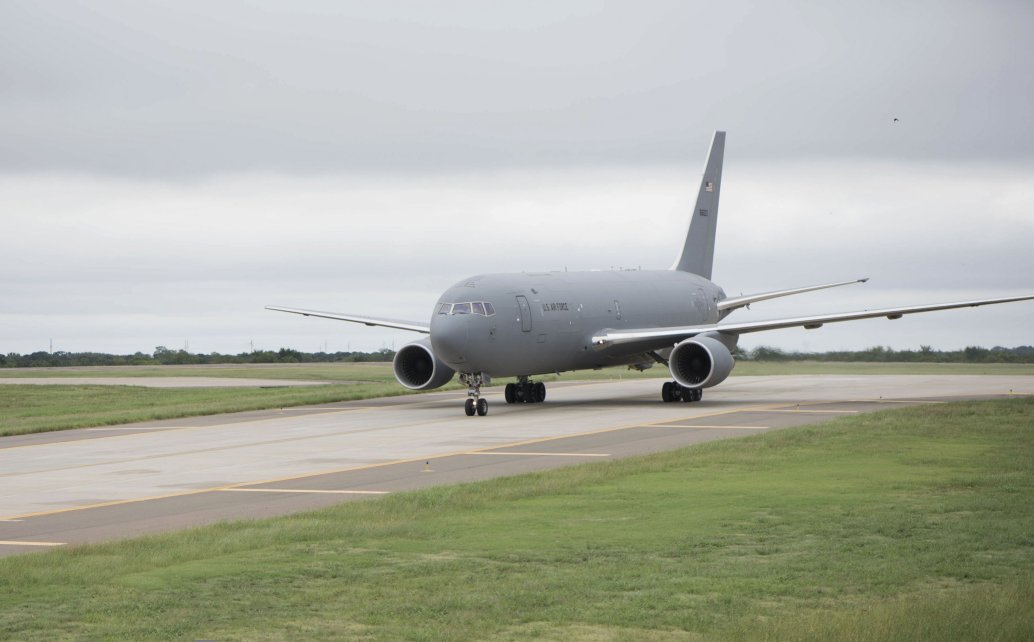 The first KC-46A Pegasus for Tinker Air Force Base in Oklahoma arrives on 10 September 2020. Boeing said it has resolved its issue with leaky fuel systems on the KC-46A. (US Air Force)

Boeing on 2 April cited faulty ‘U Cup’ seals for the leaky fuel system as these seals were particularly difficult to install. They were also more sensitive to Boeing’s installation technique than originally thought.

Air Mobility Command (AMC) chief General Jacqueline Van Ovost said on 14 September that she had her hands on the seals during a trip to a Boeing facility the week of 7 September. Gen Van Ovost also said that she had a long conversation with Boeing about its ability to retrofit the tankers and ensure that this was the final fix for these leaky fuel systems.

Every KC-46A will be retrofitted with this fuel system fix. Boeing is paying to repair these fuel systems.

The USAF continues to take deliveries of KC-46As from Boeing. The service accepted two aircraft the week of 7 September and has taken delivery of 38 aircraft overall.