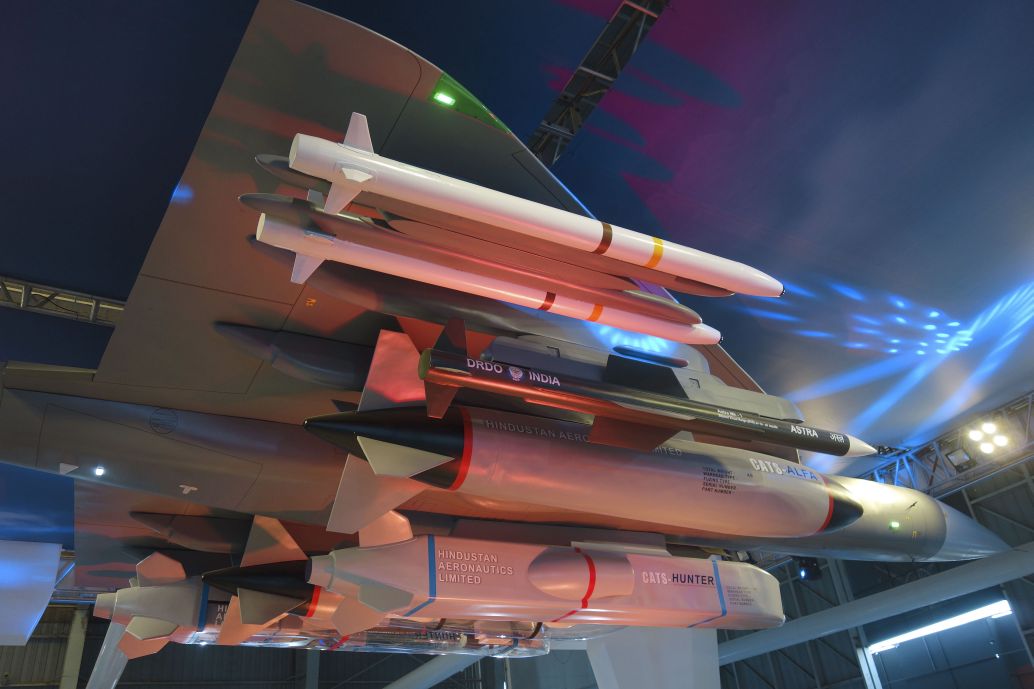 As displayed from 3 to 5 February, CATS comprises a manned ‘mother ship’ Tejas Mk1 Light Combat Aircraft (LCA) and a set of unmanned platforms, namely CATS Warrior, CATS Hunter, and CATS-Air Launched Flexible Asset (ALFA). In development from mid-2018, the prototypes of all the unmanned vehicles in the integrated form were revealed along with the capabilities.

CATS Warrior is an autonomous unmanned aerial vehicle (UAV) which is intended to operate alongside/ahead of the LCA to increase its situational awareness and survivability in contested environments. Warrior can take off and land autonomously from a runway on land or from a ship’s deck. The Warrior is primarily envisioned for Indian Air Force use and a similar, smaller, version will be designed for the Indian Navy.

“Warrior will serve as a ‘sensor amplifier’ for the LCA, flying out ahead of the manned aircraft and using its sensors to feed information back to LCA,” HAL test pilot Retd Group Captain H V Thakur told Janes . He added that the low radar cross-sectional area, internal payload carrying capability, and composite structure allows the UAV to operate in stealth mode. The Warrior is equipped with an electro-optic/infrared (EO/IR) payload, active electronically scanned array (AESA) radar, inertial navigational unit, and a jammer for intelligence, surveillance, and reconnaissance (ISR) and combat operations. It can carry two new-generation short-range or beyond-visual-range air-to-air missiles externally, and the Smart Anti-Airfield Weapon (SAAW) internally.