Aero Vodochody has completed deliveries of six refurbished L-39C Albatros jet trainer aircraft to Uzbekistan, concluding an overhaul effort that was launched in 2018. 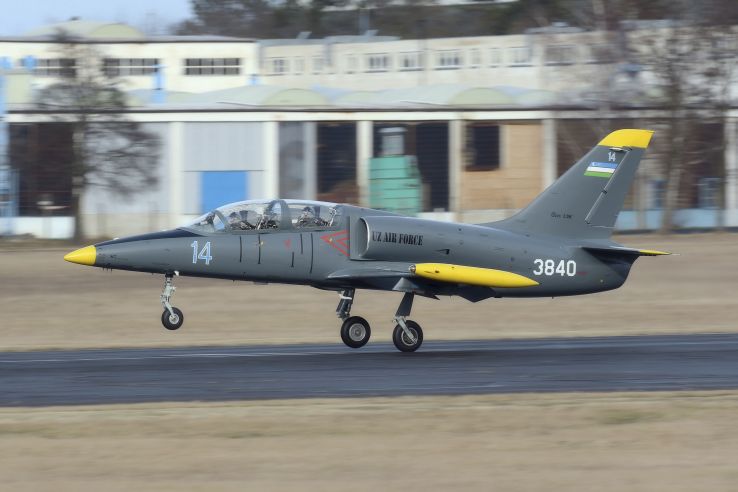 One of six L-39 aircraft returned to Uzbekistan after being overhauled by Aero in the Czech Republic. (Aero)

The Czech manufacturer announced on 10 February that the final delivery to the Central Asian republic had taken place three days previously.

„The Uzbek Air Force took over the last of the six L-39 Albatros aircraft, which underwent general overhaul in Aero Vodochody. Part of the overhaul of Uzbek aircraft is also a partial modernisation of their onboard equipment,” the Prague-based company said.

Uzbekistan contracted the company to overhaul its six L-39s with the assistance of Omnipol in September 2018. “In 2019, all six machines arrived at Aero premises at Vodochody, Czech Republic, under strict secrecy.”

For the modernisation work, the original Soviet communications equipment was replaced with Czech-made systems, and Garmin navigation aids were also fitted. “The radio compass was also replaced by more modern technology, and the icing indicator was replaced by a new one made by Rosemount Aerospace,” Aero said.

As noted by said Jan Štechr, vice-president for military programmes at Aero Vodochody, the company is in the process of systematically strengthening and developing relationships with current L-39 users. “Uzbekistan is the first of a number of customers who have decided for overhauls and modernisations made by the original manufacturer Aero Vodochody, which is the only one in the world authorised for this type of overhauls.”