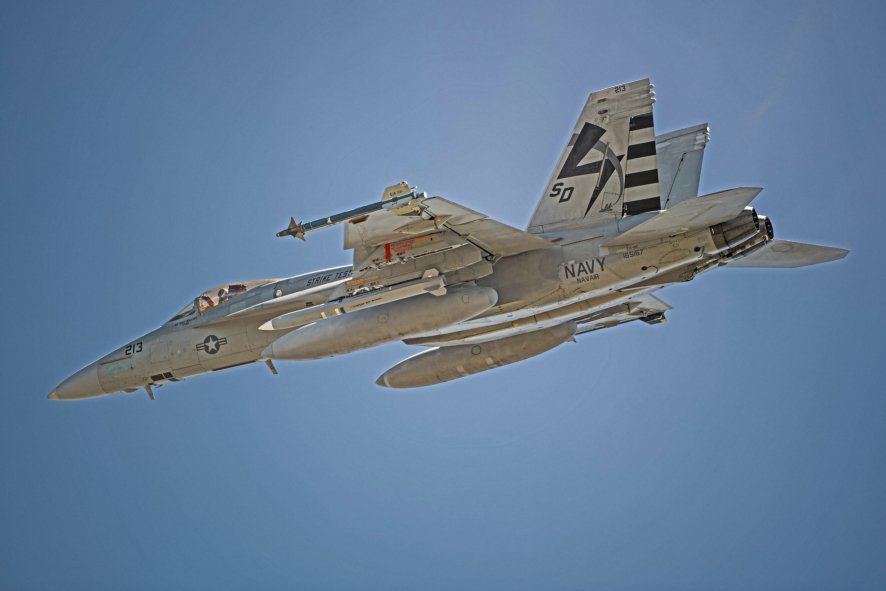 Seen being carried by a Super Hornet during captive-carry trials earlier in the year, the AARGM-ER has successfully passed its critical design review. Initial operating capability for the DEAD/SEAD missile is slated for fiscal year 2023. (US Navy)

The destruction/suppression of enemy air-defences (DEAD/SEAD) air-to-surface missile was signed off on its CDR following the successful design verification tests of key components, including the rocket motor and warhead along with several sub-systems.

News of the milestone came days after the Naval Air Systems Command (NAVAIR) announced the first captive-carry test of the AARGM-ER aboard a Boeing F/A-18E/F Super Hornet combat aircraft on 2 June. The test, which took place at Naval Air Station (NAS) Patuxent River in Maryland the day prior, saw a single-seat F/A-18E testbed perform a series of aerial manoeuvres so as to evaluate integration and structural characteristics of the missile.

As previously noted by Janes , the ARRGM-ER builds on the baseline AGM-88E AARGM, utilising the same sensors, warhead, and a modified version of its common control section attached to a new rocket motor and airframe. While the current AGM-88E Block 1 AARGM has a stated range of more than 60 n miles and an engagement speed of Mach 2+, details of the expected range increment and engagement speed of the AARGM-ER have not been disclosed.

The US Air Force Research Laboratory (AFRL) is planning to start demonstrations in late 2020 of its ...

South Korea is planning to develop a new supersonic air-to-surface missile (ASM) that is expected to...