The Russian government has described the United States’ decision to unilaterally leave the Open Skies Treaty as “the next step” in Washington’s dismantling of the international security architecture. 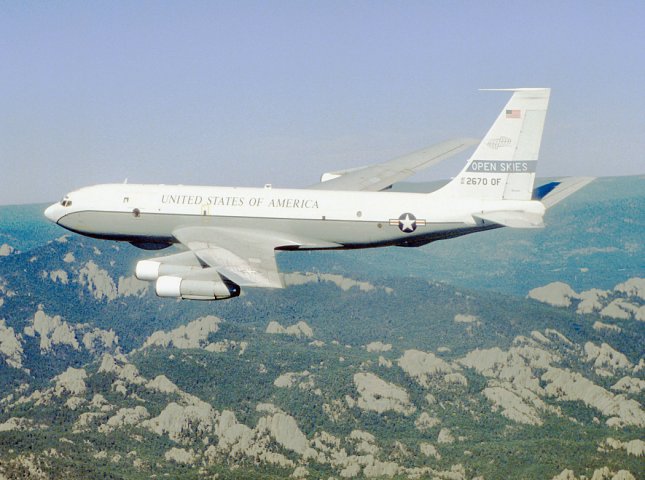 The US, which until now has been flying the OC-135B in the Open Skies role, is set to withdraw from the international treaty on 22 November.

Speaking in the immediate aftermath of the US announcement on 21 May, the Deputy Chairman of the Security Council of the Russian Federation, Dmitry Medvedev, said that the US termination of the treaty is expected in the context of the Trump administration’s withdrawal from the wider international security order.

“The decision announced by Washington on the upcoming withdrawal from the Open Skies treaty was the next step by the United States on the path to destroying the decades-old international security architecture,” Medvedev said, adding, “In statements by US President Donald Trump and Secretary of State Mike Pompeo, the termination of American participation in this agreement is expected to be framed by alleged violations of its provisions by Russia. A similar justification scheme for their own destructive actions has been used by Washington more than once as a contrived reason to withdraw from other fundamental documents in the field of arms control, including missile defence treaties, on medium and shorter-range missiles.”

Medvedev’s comments followed Pompeo’s 21 May press release in which he stated that the United States will cease to be a party to the treaty on 22 November.

The Russian government has described the United States’ decision to unilaterally leave the Open Skie...