Relations between the United States and China seem set to deteriorate further following a public statement of congratulations sent on 19 May by US Secretary of State Michael Pompeo to Tsai Ing-wen on the start of her second term as “Taiwan’s President”, following her election victory on 11 January.

The reference prompted a strongly indignant response from the Ministry of Foreign Affairs in Beijing, which said that that the remarks seriously violated the ‘One-China Principle’ and interfered in China’s internal affairs.

China’s Ministry of National Defence (MND) also reacted, saying that the People’s Liberation Army (PLA) has “the strong will, full confidence, and sufficient capability to thwart any form of external interference and any separatist attempts for ‘Taiwan independence’”.

The remarks are just the latest in a series of acrimonious exchanges, with Washington accusing China of “attempting to exploit” the Covid-19 coronavirus pandemic and Beijing accusing the US of being a “troublemaker” and “the biggest facilitator of the militarisation of the South China Sea”.

The war of words has taken place against a background of activities and incidents seen as provocative in the respective capitals.

On 18 April, Beijing declared that two subordinate districts under Sansha City had been established to administer the Paracel and Spratly Islands. The following day, 80 geographic features in the South China Sea were issued with Chinese names.

On 16 April, the Chinese vessel Haiyang Dizhi 8 began survey activities in an area within the exclusive economic zone claimed by Malaysia and in close proximity to an exploratory rig operating for the Malaysian Petronas company. Vietnam also protested when China unilaterally declared a fishing ban from 1 May, as in previous years, in areas to the north of the Spratly Islands. 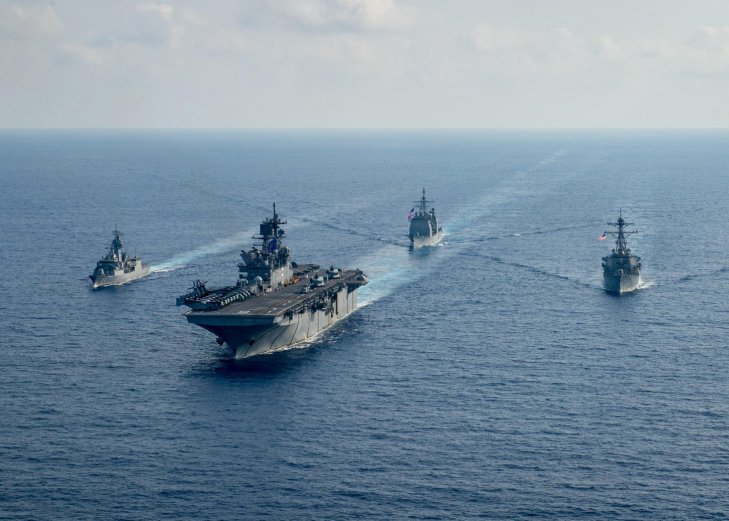 Relations between the United States and China seem set to deteriorate further following a public sta...

The proliferation of open-source intelligence (OSINT) in the 2010s has enabled professionals and ama...