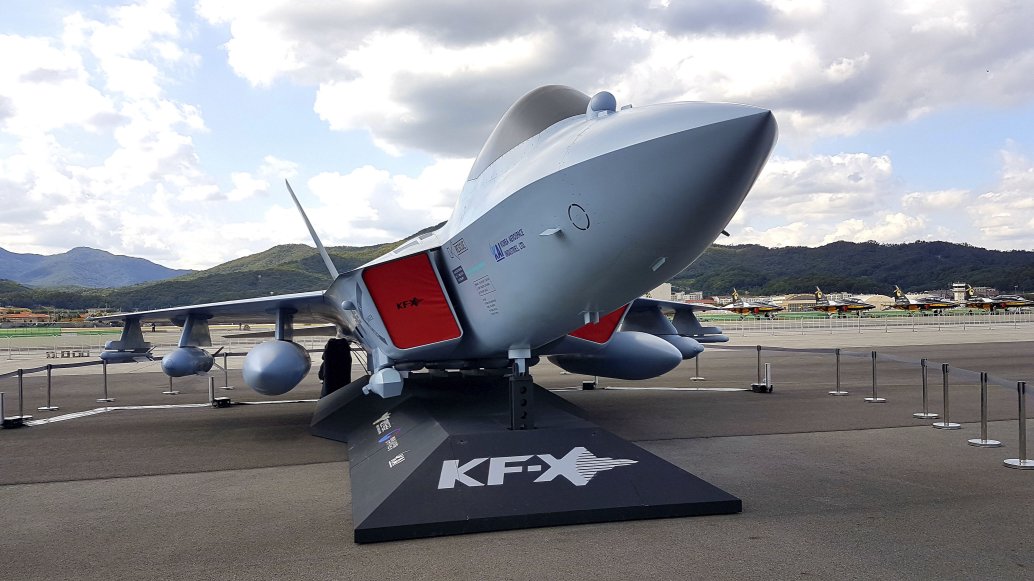 A full-scale mock-up of the KF-X fighter was revealed by KAI at the ADEX event in Seoul in late 2019. The operational aircraft will be powered by a pair of GE Aviation F414-GE-400K engines.

The US-based powerplant manufacturer announced the milestone on 4 June, noting that the first F414-GE-400K engine was delivered in May.

Korea Aerospace Industries (KAI) selected GE Aviation in May 2016 to partner on the KF-X project, with an initial 15 F414-GE-400K engines to be delivered by 2021 to power six testbed aircraft (plus three spares). The Republic of Korea Air Force (RoKAF) is set to receive 120 KF-X aircraft, for which GE Aviation will provide 240 F414-GE-400K engines plus spares.

The KF-X fighter concept was first revealed by South Korea’s Defence Acquisition Programme Administration (DAPA) in 2010. Indonesia joined the project in 2012, with a memorandum of understanding (MOU) covering joint development of the platform that Jakarta refers to as IF-X.

As budgets have waxed and waned, the project has fluctuated from being a full-up ‘fifth-generation’ fighter into a less sophisticated ‘4.5-generation’ fighter, and back again. In its latest guise, KF-X will be twin-engined, low observable (LO), multirole combat aircraft equipped with an active electronically scanned array (AESA) radar and internal weapons carriage.

General Electric (GE) Aviation has delivered to South Korea the first engine for the country’s KF-X ...