Germany’s Federal Constitutional Court (Bundesverfassungsgericht: BVerfG) ruled on 19 May that mass surveillance conducted by the Federal Intelligence Service (Bundesnachrichtendienst: BND) had breached the constitution. The BVerfG ruled that the current practice of collecting, processing, and transferring telecommunications surveillance on foreign citizens violated their privacy. The judgement highlighted that foreign nationals under BND surveillance were protected under the German constitution, the Basic Law (Grundgesetz).

The review began on 14 January 2020 in response to a legal complaint by the local chapter of non-profit NGO Reporters Without Borders, claiming that mass telecommunications surveillance conducted by the BND violated Article 10 of the Basic Law and threatened the freedom of the press. Similar issues have been reported by Janes regarding the implementation of government oversight within the Dutch General Intelligence and Security Service (Algemene Inlichtingen- en Veiligheidsdienst: AIVD) in December 2018, when intelligence services were scrutinised after failing to protect citizens’ privacy rights to the legally required standard. 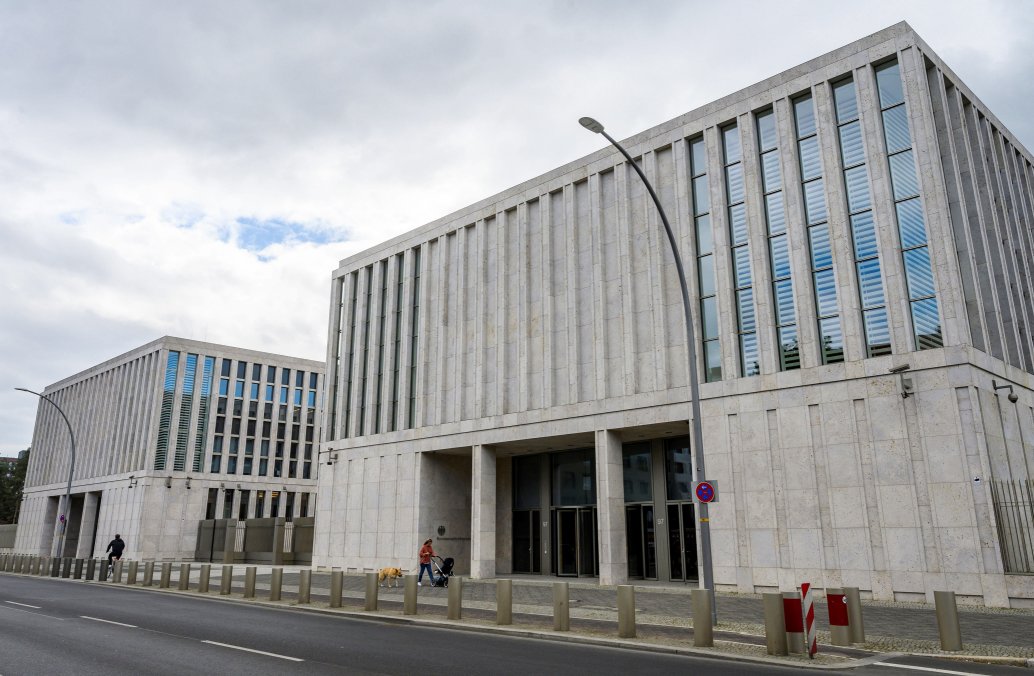 A view of the main entrance of the headquarters of Germany’s Federal Intelligence Service (BND) in Berlin, on 19 May 2020. Germany’s top court ruled on 19 May that the BND could not collect communications data from foreigners in Germany.

Der Spiegel reported on 15 May that the BND could access and monitor 1.2 trillion internet protocol (IP) traffic connections per day via the Deutscher Commercial Internet Exchange (DE-CIX) point in Frankfurt, the second-largest internet exchange in the world. Content and metadata are filtered and reduced to approximately 150,000 communications, which are temporarily saved, according to broadcaster Bayerischer Rundfunk. At this stage, more than 100,000 search terms – including telephone numbers and email addresses – are applied to further filter content data following a BND check.