The UGV was showcased for the first time as part of a training demonstration held by the brigade since its establishment in December 2019. 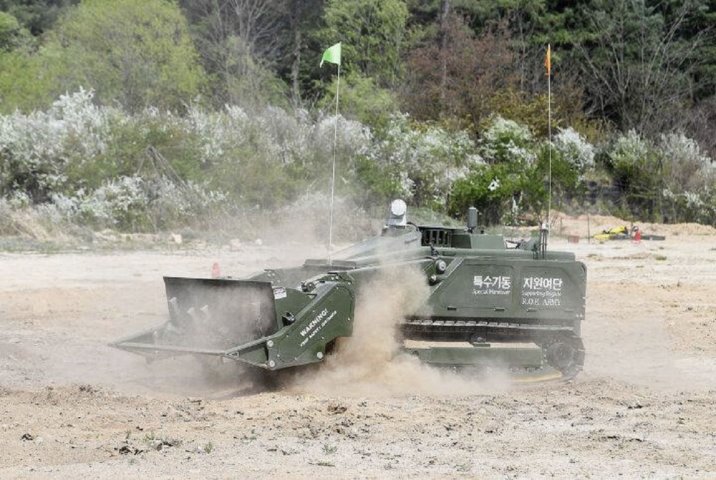 The RoKA promoted a plan in 2018 to introduce two unmanned tracked mine-clearance systems by 2019. A budget of KRW5 billion (USD4.1 million) was allocated for this programme.

The equipment considered for procurement at the time was the Swiss-made GCS-100, the MineWolf Systems (now Pearson Engineering) Minewolf, and the Croatian DOK ING MV-4.

The first MV-4 UGV was delivered to the GOC in April. Eight more MV-4s are scheduled to be introduced and will be deployed into mine clearance operation sites within 2020.

The MV-4 can be remotely controlled using the associated operator control unit (OCU), which can communicate with the UGV at line-of-sight ranges of 1 km to ensure that the operator remains well out of harm’s way during when buried mines are detonated.

The attached electro-optical (EO) camera enables the operator to observe the terrain around the vehicle in real-time. Various tools such as flails can be attached to the front of the UGV to address specific mission requirements.

The MV-4, which performs its mine-clearance mission by rotating the flails connected to the chains at high speed, is capable of neutralising mines and improvised explosive devices (IEDs) that have been buried 30 cm deep. The UGV is constructed from high-strength steel to withstand the shock from anti-personnel and anti-tank mines.