The Japan Air Self-Defense Force (JASDF) officially established the country’s first ‘Space Operations Squadron’ in a ceremony held on 18 May at the Ministry of Defense (MoD) in Tokyo.

A JASDF spokesperson told Janes that the squadron, which is based at Fuchu Air Base in western Tokyo, currently comprises about 20 personnel, although that number is expected to increase to about 100 in the future.

The new squadron, which will now conduct personnel training and system planning in collaboration with the Japan Aerospace Exploration Agency (JAXA) and US forces, will be in charge of operating a space surveillance system designed to track space debris and the position of satellites in order to avoid collisions in space. 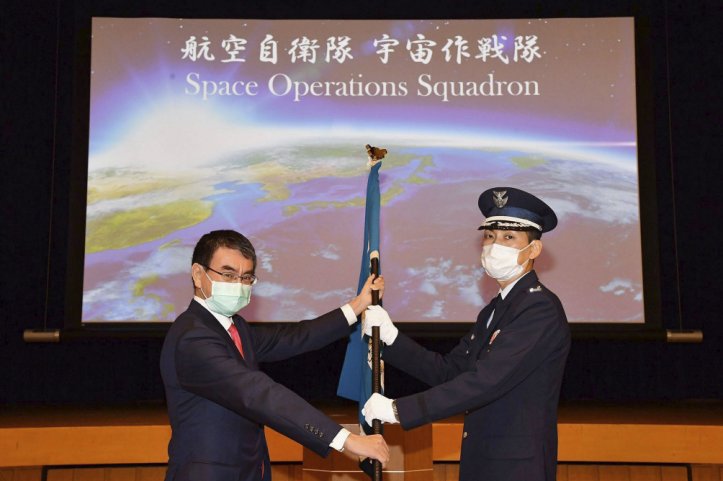 The JASDF set up Japan’s first ‘Space Operations Squadron’ in a ceremony held on 18 May at the Ministry of Defense (MoD) in Tokyo.

The system, which includes a network of ground radars, has also been designed to monitor the activities of satellites of countries that may seek to disrupt Japanese and/or US satellite operations through, for instance, the use of anti-satellite missiles, laser irradiation, communication jamming, or so-called ‘killer satellites’.

The move comes after the MoD secured JPY50.6 billion (USD472 million) for the current fiscal year to spend on space-related defence activities and programmes, including the establishment of what is being referred to as the ‘Space Domain Planning Section’ in the C4 Systems Department of the Joint Staff in Tokyo to facilitate joint operations in outer space.

Moreover, in 2019 the MoD began setting up a space situational awareness (SSA) system at the former site of the Japan Maritime Self-Defense Force’s (JMSDF’s) Sanyo receiving station in Yamaguchi Prefecture.