US vehicle manufacturer Oshkosh announced the formation of a joint venture (JV) with Saudi Arabia’s Al Tadrea Manufacturing Company on 14 May.

The new JV, which will be majority-owned by Al Tadrea, will be known as Oshkosh Al Tadrea Manufacturing (OTM). The company will, according to a press release, develop manufacturing expertise by becoming a prime contractor for tactical wheeled vehicles, provision of lifecycle sustainment services to the country’s military and security service customers, and will develop a broader and more efficient supply chain in the country.

The venture will also work to develop intellectual property for use by customers in Saudi Arabia. An initial project will be to create a truck based on the Oshkosh 4×4 FMTV, with Saudi engineers developing, manufacturing, and integrating an armoured cab, body, and other components to create a new vehicle.

OTM personnel were also trained on how to perform maintenance, repair, and overhaul (MRO) tasks on the Oshkosh M-ATV vehicles that are currently in service with the Saudi military. 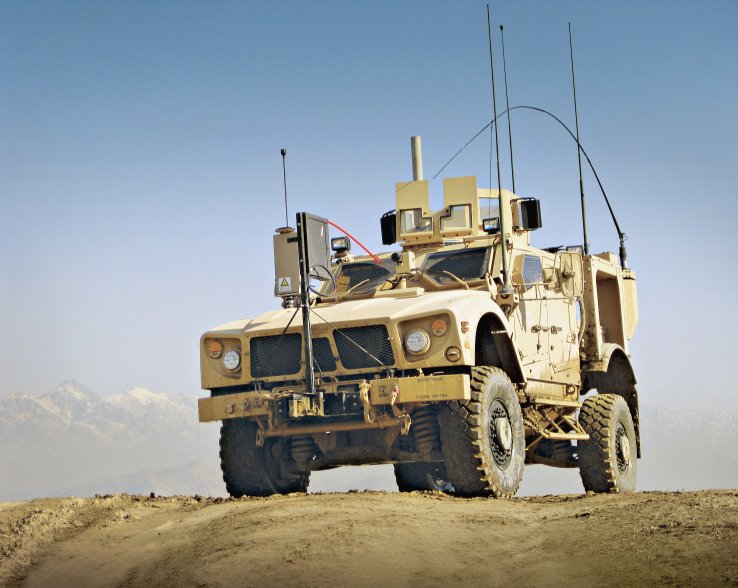 OTM personnel undertook joint maintenance assessment training on Oshkosh M-ATV MRAP vehicles, 200 of which are in service with the Royal Saudi Land Force

John Bryant, President of Oshkosh Defense, said, “Oshkosh Defense and [Al Tadrea] have been working closely together for over two years through transfers of technology and capabilities to bring this joint venture to fruition. The new venture will also significantly contribute to the goals of Vision 2030 through job creation, localising defense spending, and contributing to a strong and diverse economy.”

US vehicle manufacturer Oshkosh announced the formation of a joint venture (JV) with Saudi Arabia’s ...