China’s People’s Liberation Army Navy Marine Corps (PLANMC) is being prepared and trained for a global intervention role before acquiring the full range of equipment it would need to undertake such operations, Chinese state-owned media have reported.

Citing an unnamed military expert, the Global Times reported on 27 April that military developments in China have commonly adopted the approach that “it is better to let trained personnel wait for new weapon developments, than to let weapons that have finished development wait for personnel training”. 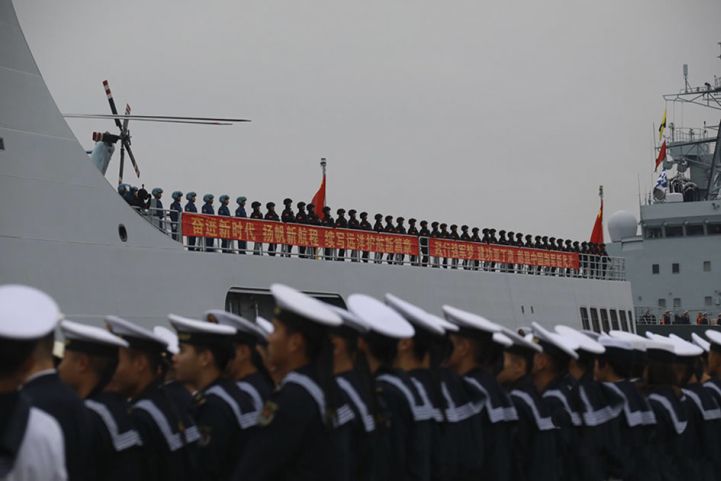 On 5 May, the PLA Daily reported that the PLANMC was being transformed into a “multidimensional integrated combat force”, the significance of which probably relates to the generation of an airborne assault capability that will complement the current capabilities of conducting beach assaults from landing ships and air-cushioned vehicles or ‘swimming ashore’ using amphibious assault vehicles.

The report also noted the third dimension of the Marine Corps’ capabilities, which is under water, including special operations such as exiting from a dived submarine via the torpedo tubes.

In a video uploaded to the PLA Navy’s Weibo social media account on 5 May, the role of the Marine Corps was described as “a force to protect China’s overseas interests”.

Expanding on this and the PLA Daily report, the Global Times

China’s People’s Liberation Army Navy Marine Corps (PLANMC) is being prepared and trained for a glob...

India's Ministry of Defence (MoD) signed a contract with Airbus Defence and Space on 24 September to...

India has signed for 56 Airbus Defence and Space (DS) C295 transport aircraft, with the first to be ...
Request Consultation