Modern warships employ both hardkill (guns and missiles) and softkill (decoys and countermeasures) effectors for anti-ship missile defence. However, integrating hardkill and softkill responses in the most efficient and effective way is extremely complex and, if not properly co-ordinated and deconflicted, the interactions can lead to a response that renders the ship more vulnerable. 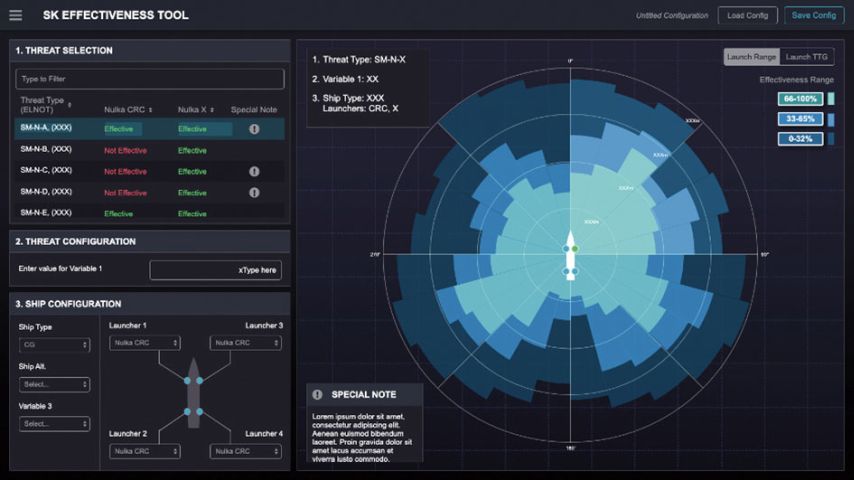 An example of a HaSPAT prototype screen format.

Disclosing details of the rapid prototyping effort in a 4 May release, APL said that the build of the HaSPAT testbed was completed in just six months using independent research and development funding. This followed a visit by APL engineers to Bunker Hill in June 2019.

The scope and scale of the development effort was constrained by Bunker Hill's early 2020 deployment date. This forced the APL team to balance prototype functionality against the taut delivery schedule, and drove certain design choices on the basis that the prototype would serve as the basis for establishing force-level hard-kill/soft-kill coordination.