Meggitt Training Systems has been awarded a USD78 million contract to design and equip a multimission indoor and outdoor training facility in an unspecified Middle Eastern country, the company has announced. No timescale for completing the facility was given.

Statements from senior company executives indicated that the training facility is intended for military and law enforcement users from both regular and special forces.

The Meggitt MIT system is a cable-driven target device that travels on rails between attack and retreat positions at three speeds that replicate an individual walking slowly or quickly, jogging, and running on flat terrain. A SIT lifter is mounted on the MIT carrier. The target actuator is equipped with a hit sensor. 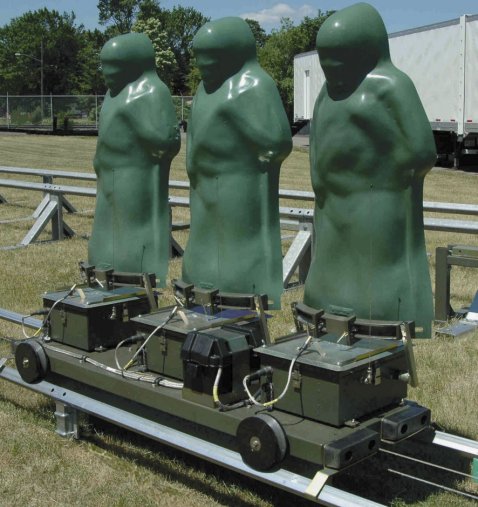 As the prime technology contractor, Meggitt will also integrate all training equipment from other suppliers. The prime contractor for the overall project was not disclosed.

Meggitt has supplied its outdoor range technology to a number of customers, including the US Army as part of the army targetry systems (ATS) programme and the UK in the comprehensive modernisation of targetry at British Army Training Unit Suffield (BATUS) in Alberta, Canada, which included more than 1,000 light and heavy deployable smart targets as well as other technology.

Meggitt Training Systems has been awarded a USD78 million contract to design and equip a multimissio...

Boeing has begun delivering AH-64E Apache Guardian attack helicopters upgraded to the Version 6 conf...
Request Consultation
Thank you for your inquiry, a Janes representative will be in contact with you shortly.