The spokesperson said the two Ospreys will be transferred to JGSDF Camp Kisarazu in Chiba Prefecture in late June or later, pointing out, however, that it is not yet clear when the remaining three aircraft of the first batch will be delivered.

At least two of these first five Ospreys – bearing serial numbers ‘91702’ and ‘91703’ – have been used since May 2019 to train JGSDF pilots at Marine Corps Air Station New River in Jacksonville, North Carolina. 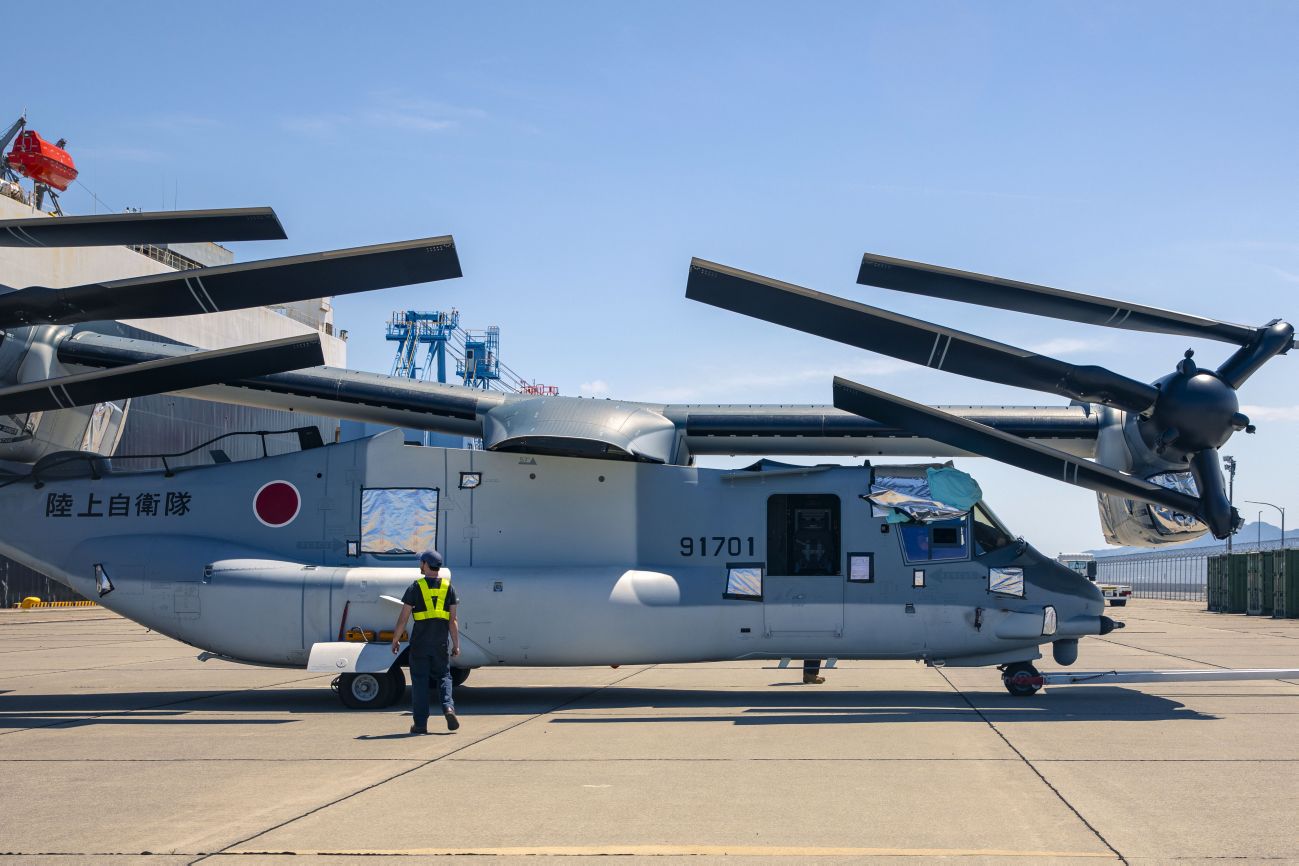 In May 2015 the US Defense Security Cooperation Agency (DSCA) notified US lawmakers that Tokyo had requested the procurement of up to 17 of these aircraft and 40 Rolls‐Royce engines in a Foreign Military Sale (FMS) worth an estimated USD3 billion. In July 2015 the Pentagon announced that Bell Boeing had been awarded the deal to manufacture and deliver the first five platforms. 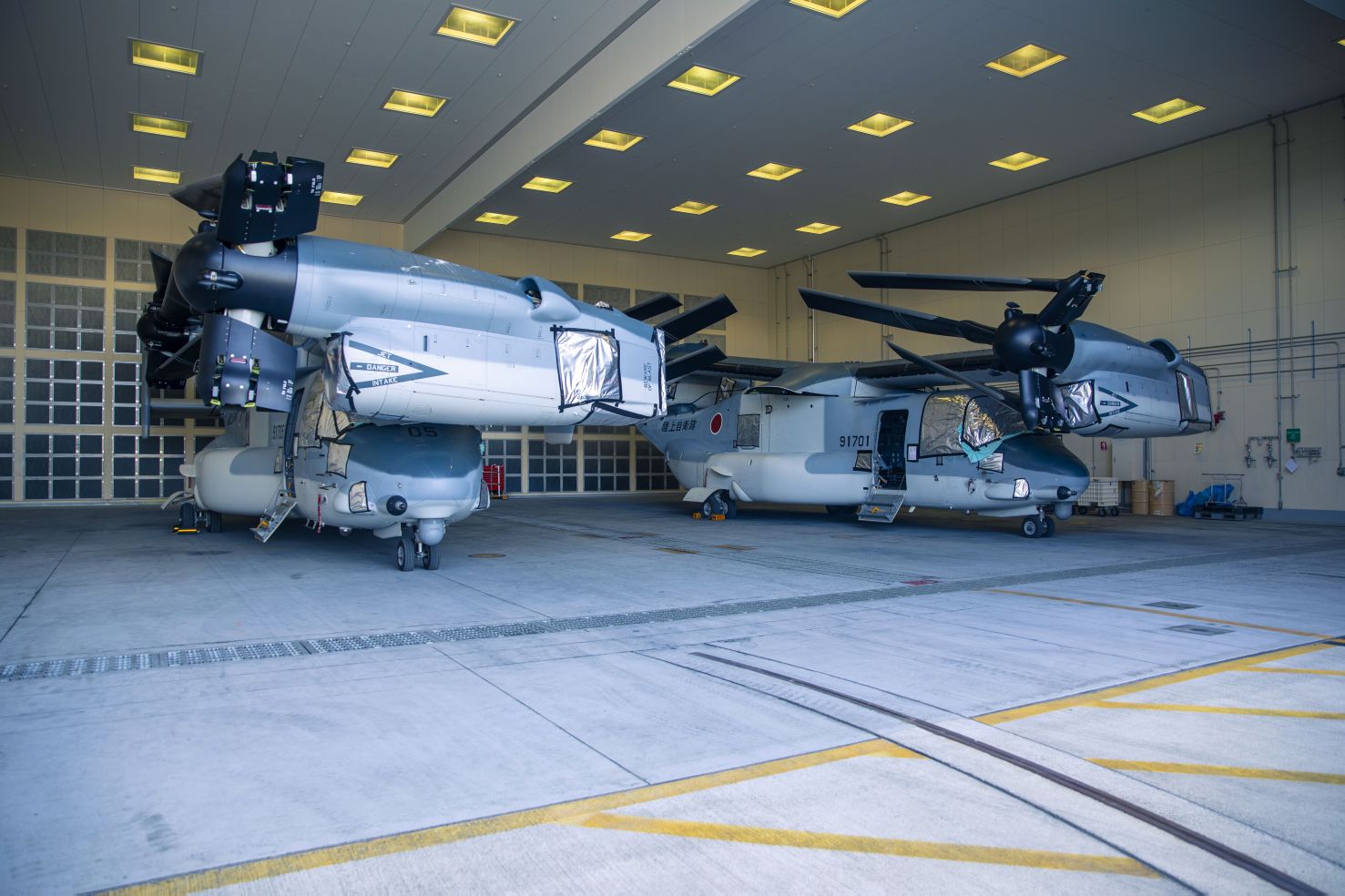 In July 2016 the Pentagon announced that Tokyo ordered an additional four MV-22Bs. According to the contract notification issued at the time, the FMS portion of the award was valued at USD302.9 million. Japan also ordered a simulator – the MV‐22 Tiltrotor Containerised Flight Training Device – valued at about USD9.6 million.