A file image of HMCS Winnipeg , which made a port call in Cambodia in September 2022, marking the Royal Canadian Navy's first visit to the country. (Michael Nitz – Naval Press Service)

The Royal Canadian Navy (RCN) Halifax-class guided-missile frigate HMCS Winnipeg has concluded its visit to Cambodia, which marked the service's inaugural port call in the country.

The vessel arrived in Cambodia on 25 September and departed the country on 27 September after hosting a series of ship visits, according to information released by an official social media account of the Canadian Armed Forces during this period.

Other activities conducted during the visit include diving and naval boarding party demonstrations by Winnipeg's crew for visiting Royal Cambodian Armed Forces officers.

The service did not indicate the location where Winnipeg was berthed throughout its stay in Cambodia. However, satellite image and geo-localisation analysis of videos and images from the event indicate that the frigate was docked at the Sihanoukville cruise pier during its stay, which is located about 20 km from the Royal Cambodian Navy's Ream Naval Base. 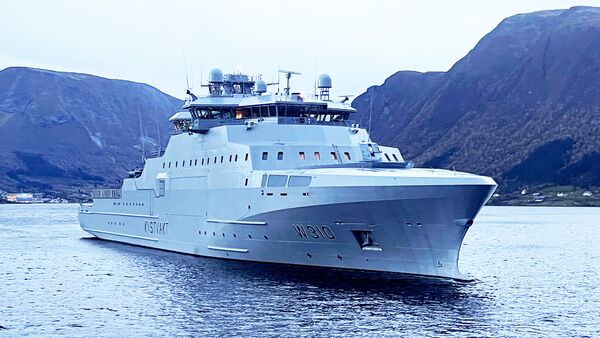 Jan Mayen , the first of three new OPVs being built for the Norwegian Coast Guard, is planned to be delivered in early 2023. (NDMA)

Work on the first Jan Mayen-class offshore patrol vessel (OPV) on order for the Norwegian Coast Guard is nearing completion, with the vessel on track to be delivered in early 2023.

First-of-class Jan Mayen is progressing through its builder's trials and is expected to be delivered to the Norwegian Defence Materiel Agency (NDMA) and the coastguard in early 2023, an NDMA spokesperson told Janes.

As part of the trials, the vessel completed its first successful sail under its own power in October, the spokesperson said. This was followed by a formal ceremony to christen the ship on 16 November.

Jan Mayen is the first of three new coastguard vessels being built by the shipbuilder Vard under a contract worth NOK7.2 billion (USD721 million), awarded in 2018. 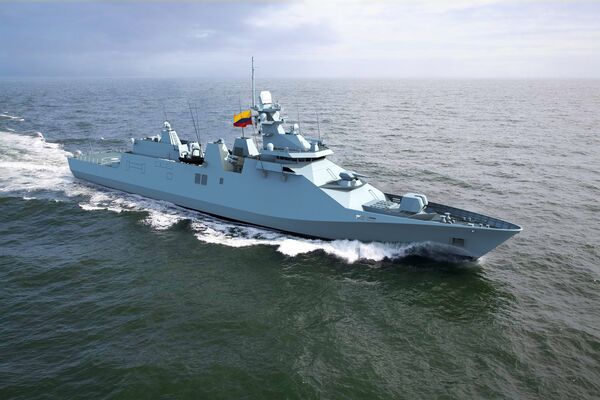 Vice Admiral Francisco Hernando Cubides Granados, commander of the ARC, said the new vessels will help to protect the country's maritime interests on both the Pacific and Caribbean coasts. The government announced a total of USD440 million for the construction, integration, testing, commissioning, and operation of afloat naval units, and also for improving their protection capabilities.

The project is expected to be completed in 10 years, and will be fulfilled under different phases. 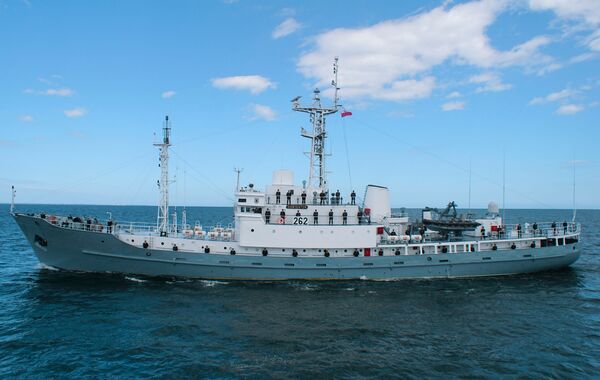 Under the contract, announced on 25 November and worth EUR620 million (USD644 million), the two new SIGINT vessels will be delivered in 2027. The scope of supply also includes follow-on support. The vessels are expected to be built at Remontowa Shipbuilding shipyard in Gdańsk, Poland, and then retrofitted with specialist equipment at Saab Kockums' shipyard in Karlskrona, Sweden.

The new ships are being procured under the Polish Navy's Delfin programme as replacements for the service's two Modified Moma-class (Project 863) intelligence-collection ships, ORP Nawigator (262) and ORP Hydrograf (263), which were built by Northern Shipyard, Gdańsk, in the mid-1970s.