Update – Ukraine conflict: Challenger 2s and AMX-10RCs to be delivered to Kyiv this quarter 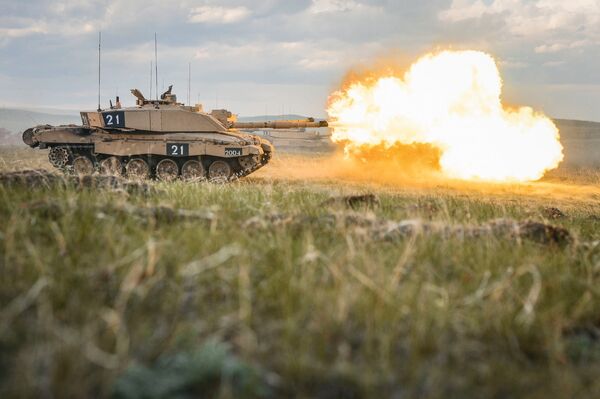 The UK plans for the 14 Challenger 2 MBTs it is donating to Ukraine to be operated by Ukrainian crews before the end of March. (Crown copyright)

The 14 Challenger 2 main battle tanks (MBTs) that the United Kingdom is donating to Ukraine will be operated by Ukrainian crews before the end of March, a UK Ministry of Defence spokesperson told Janes on 18 January. He added that the AS90 self-propelled howitzers (SPHs) the UK is also donating to Ukraine would follow but could not say when.

UK Secretary of State for Defence Ben Wallace told the House of Commons on 16 January that the squadron of Challenger 2 tanks being donated to Ukraine would include armoured recovery and repair vehicles.

He welcomed the French government's decision to provide Ukraine with AMX-10RC armoured reconnaissance vehicles. French President Emmanuel Macron informed his Ukrainian counterpart Volodymyr Zelensky during a phone call on 4 January that the vehicles would be donated to Kyiv. French Minister of the Armed Forces Sébastien Lecornu told Ukrainian Minister of Defence Oleksii Reznikov during a phone conversation on 12 January that the AMX-10RCs would be delivered to Ukraine within two months. 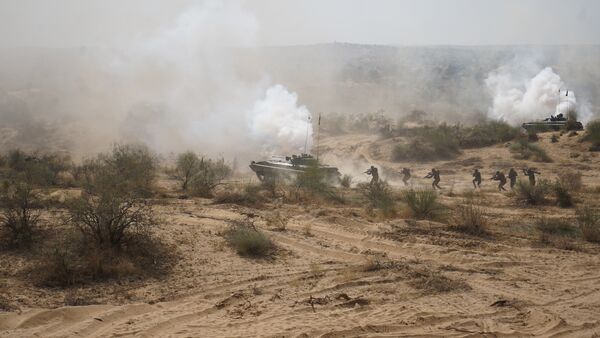 The Indian Army seeks to replace its fleets of BMP-1 and BMP-2, pictured from an Indian Army exercise in November 2022, with the Future Infantry Combat Vehicle. (Janes/Kapil Kajal)

The Ministry of Defence (MoD) said in a statement that the procurement, approved through the provision of an ‘Acceptance of Necessity' (AoN) status under the ‘Buy (Indian)' category, includes the tracked version of the FICV for the Mechanised Infantry Regiment of the Indian Army.

The MoD added that the FICV should be amphibious and equip a manned turret with the future combat system (FCS), and fire-and-forget top-attack anti-tank guided missiles (ATGMs).

The FICV must be inducted with an automatic cannon of at least 30 mm calibre, a co-axial machine gun, and a stabilised remote control weapon station (RCWS) with a 12.7 mm machine gun.

The FICV must be equipped with active protection and laser warning systems, and it must have a carrying capacity of 11 soldiers. 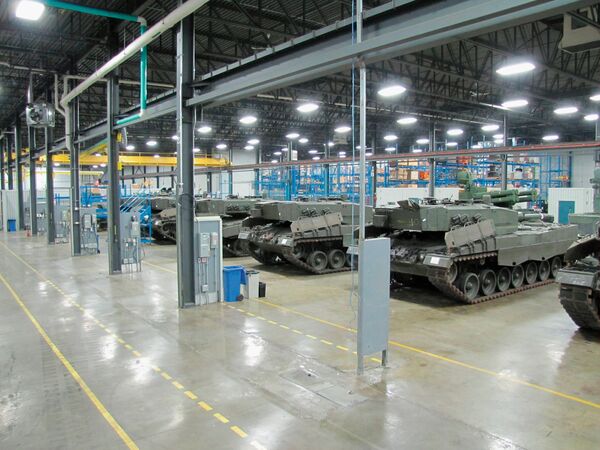 The Canadian Department of National Defence announced on 26 January that Canada would contribute four Leopard 2A4 MBTs to Ukraine. (Rheinmetall Canada)

The Canadian Armed Forces will provide Leopard 2A4 tanks and training on how to use them, and could send more pending maintenance and sustainment discussions, said Defence Minister Anita Anand during a televised briefing. She said the Leopard 2s are “battle ready” and can be deployed over the next few weeks.

“The four tanks that we just announced will be going as soon as possible,” she said.

Donations plans are flexible as the number of tanks could grow after co-ordinating with allies' donation and sustainment plans, she said. However, the readiness levels of the Canadian Army are still a factor in how many tanks ultimately go to Europe, as the tanks are being drawn from the Canadian Armed Forces inventory.

IAV 2023: Italy to procure VBA amphibious vehicles for army at end of decade 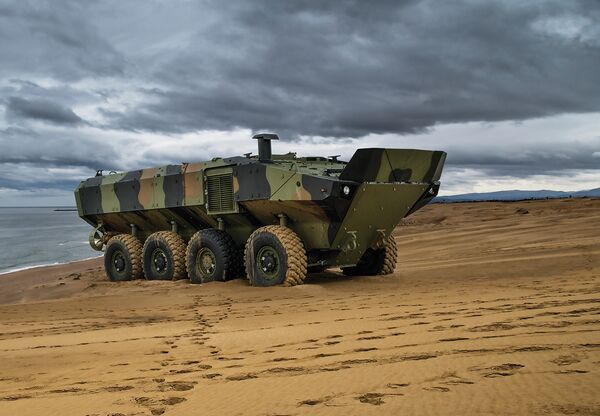 Italy's Directorate of Land Armaments signed a contract with IDV on 22 December 2022 for 36 VBA amphibious armoured vehicles for the Italian Navy. (IDV)

Italy will procure Veicoli Blindati Anfibi (VBA) 8×8 amphibious armoured vehicles for the Italian Army at the end of the decade, Janes learnt at Defence iQ's International Armoured Vehicles (IAV) 2023 conference, which was held in London from 23 to 26 January.

Italy's Directorate of Land Armaments signed a contract with Iveco Defence Vehicles (IDV) on 22 December 2022 for 36 VBA amphibious armoured vehicles for the Italian Navy's San Marco naval infantry brigade. The VBA contract for the Italian Navy is part of an effort by Italy to replace the service's amphibious vehicles with the aim of improving its sea projection capabilities.

An Italian Army official told Janes on 25 January that his service would procure the VBA in 2028 as an amphibious enabler, with more variants than the Italian Navy's combat vehicle version. The Italian Army's AAV7s that the VBA will replace exist in reconnaissance, command and information, recovery, as well as infantry vehicle variants, according to Janes World Armies.

The 14 Challenger 2 main battle tanks (MBTs) that the United Kingdom is donating to Ukraine will be ...