ASI will become part of Rocket Lab's Space Systems business, which includes the new Photon small satellite and a satellite parts manufacturer that Rocket Lab acquired last year. While Rocket Lab's flagship product is the Electron small satellite launch vehicle, which first flew in 2017, it envisions itself as an “end-to-end space company” and not just a launch provider. 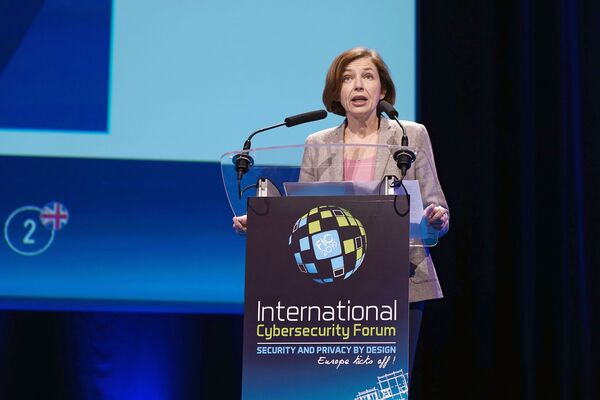 French Minister for the Armed Forces Florence Parly addresses the International Cybersecurity Forum (FIC) on 22 January 2019 in Lille, France. At the 2021 iteration of the FIC, Parly announced an increase in the country's recruitment of ‘cyber-combatants'. (Sylvain Lefevre/Getty Images)

At the International Cybersecurity Forum (Forum International de Cybersécurité: FIC) in Lille on 7 July 2021, French Minister for the Armed Forces Florence Parly announced an additional recruitment effort by the Ministry. In addition to 1,100 new job openings that had already been announced, France will hire a further 770 experts, reaching nearly 5,200 ‘cyber-combatants' by 2025.

Jonathan Toebbe, an engineer for the US Navy (USN) Naval Reactors, and his wife Diana, both of Annapolis, Maryland, were arrested on 9 October in Jefferson County, West Virginia, by the Federal Bureau of Investigation (FBI) and the US Naval Criminal Investigative Service, and charged in a criminal complaint alleging violations of the US Atomic Energy Act, the US Department of Justice confirmed on 10 October.

The couple sold information known as Restricted Data concerning the design of nuclear-powered warships to a person they believed was a representative of a foreign power, the Justice Department said in a release.

A report on the Western Sahara released by the UN Secretary General on 8 October confirmed that Western Saharan rebels have been carrying out attacks against Moroccan forces since they renounced the 30-year ceasefire in November 2020.

Since then, the Sahrawi Arab Democratic Republic (SADR), the state declared by the Polisario Front rebel group, has released frequent statements claiming attacks, while Moroccan officials have denied any hostilities.

US-based Rocket Lab has continued to expand beyond its core business of launch vehicles by acquiring...