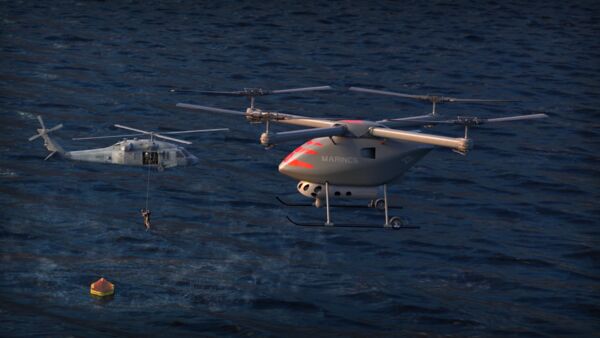 A rendering of the Kaman Kargo UAV for the US Marines. (Kaman)

Aerospace company Kaman said it is on track to fly a full-scale model of its Kargo unmanned aerial vehicle (UAV) in the latter half of third quarter.

Kaman flew a half-size model in June 2021 to test the new drivetrain designed for the UAV. The transmission for the full-size model is in manufacturing and will be delivered to Kaman “very soon“, Romin Dasmalchi, Kaman's senior director of government relations, told Janes during the Modern Day Marine 2022 conference in Washington, DC on 10 May.

The quadcopter UAV is being built to fly over 500 n miles with a max speed of 121 kt and carry up to 800 lb of cargo depending on the desired range. Payload options include a supply pod, medical pod, and an external slingload. The UAV fits into a standard-size cargo container and Kaman says that it can be taken out of storage and be flight-ready in “minutes”. 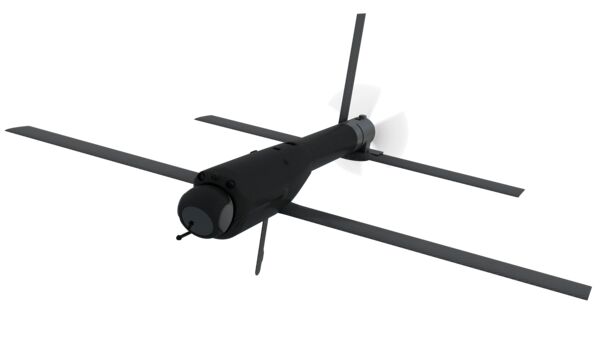 US Special Operations Command (USSOCOM) is preparing to conduct development tests with the Altius 700 airframe as part of the Maritime Precision Engagement-Munition (MPE-M) programme, officials have confirmed.

The news follows the completion of software and integration risk reduction activities for the Altius 600 payload for MPE-M.

Block 1 of the MPE-M programme includes integrating a .50 cal remote weapon station. However, AeroVironment is also supporting MPE-M test and evaluation with a variant of its Switchblade 600 loitering missile system, following a USD26 million contract awarded in April 2021. 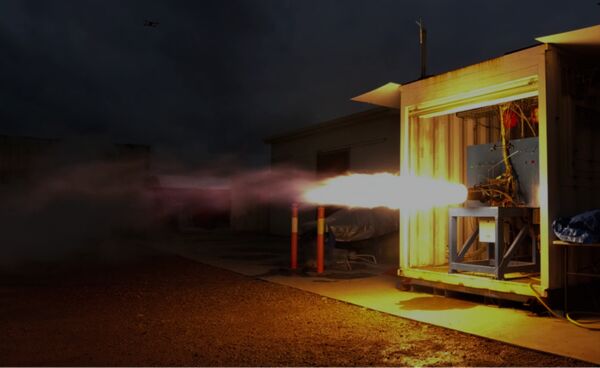 The test-firing of ‘Phoenix' liquid rocket engine by Gilmour Space. Phoenix will power the third stage of Gilmour's Eris rocket, which intends to carry military and commercial payloads to LEO towards the end of 2022. (Gilmour Space Technologies)

Australian rocket company Gilmour Space Technologies has developed a liquid rocket engine called ‘Phoenix' that will power “the third and final stage” of its Eris rocket to orbit, a spokesperson for the company has told Janes.

Phoenix is a regeneratively cooled, 3D-printed liquid rocket engine that “results in a more capable rocket” because it will enable the delivery of more defence and commercial payloads to space, the spokesperson added.

This includes a new surveillance satellite that Gilmour Space is developing for the Australian Department of Defence (DoD) that will be launched in one of the Eris rockets in 2023, the spokesperson noted.

Eris Block 1 comprises a series of rockets that will be partly powered by Phoenix, the spokesperson informed Janes. While the first rocket is scheduled to be launched towards the end of 2022, Gilmour Space intends to launch “two or three” more Eris Block 1 rockets in 2023. 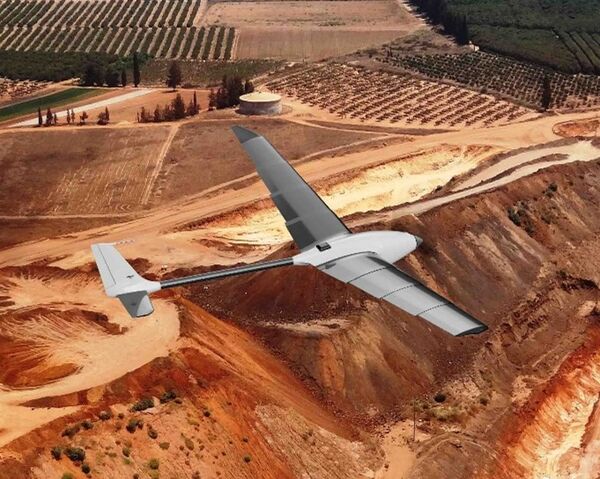 A new WingXpand unmanned aerial vehicle (UAV) is to be unveiled at the Special Operations Forces Industry Conference in Tampa, Florida, WingXpand told Janes on 11 May ahead of the event.

The WingXpand UAV is a new type of fixed-wing platform with a patented expandable wing that is fully collapsible. Its original 2.13 m (7 ft) wingspan can be reduced by 60% in less than two minutes to fit the UAV into a backpack. It has a monocoque straight tapered wing integrated with a snap attach-and-locking mechanism for wing expansion, maintaining wing stability.

It uses an open architecture system with modular payload capability, to service civil and military aviation sectors in surveillance and reconnaissance roles. The UAV can support public safety and defence, survey and inspection, damage assessment, and logistics operations. It uses smart sensing recognition via Edge artificial intelligence (AI) payloads. The company said it has received two patents for the UAV's design.

Aerospace company Kaman said it is on track to fly a full-scale model of its Kargo unmanned aerial v...