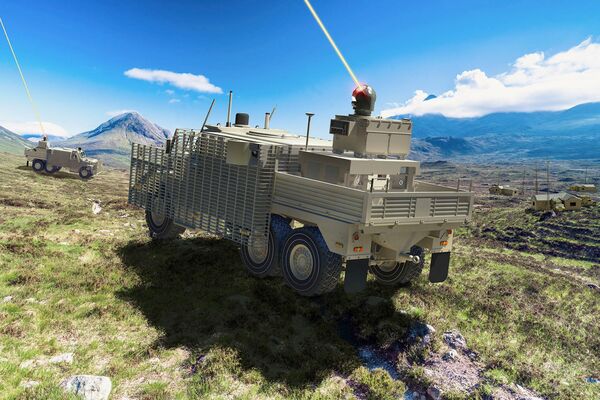 A computed-generated image of what a Wolfhound laser-based C-UAV system could look like. (Raytheon UK)

The UK Ministry of Defence (MoD) has revealed the award of three contracts for the development and demonstration of experimental directed-energy weapon (DEW) systems.

Awarded to industry consortia led by Raytheon UK and Thales UK, the contracts – covering laser and radio frequency (RF) capability demonstrators for the British Army and the Royal Navy (RN) – are collectively valued at GBP72.5 million (USD100.3 million). Forming part of the MoD's wider Novel Weapons Programme, the systems will be integrated onto existing platforms for user experimentation from 2023.

Announcing the contracts at DSEI 2021, Minister for Defence Procurement Jeremy Quin said DEW systems constitute “a key element of our future equipment programmes” and that the UK aspires “to become a world leader in the research, manufacture, and implementation of this next-generation technology”. 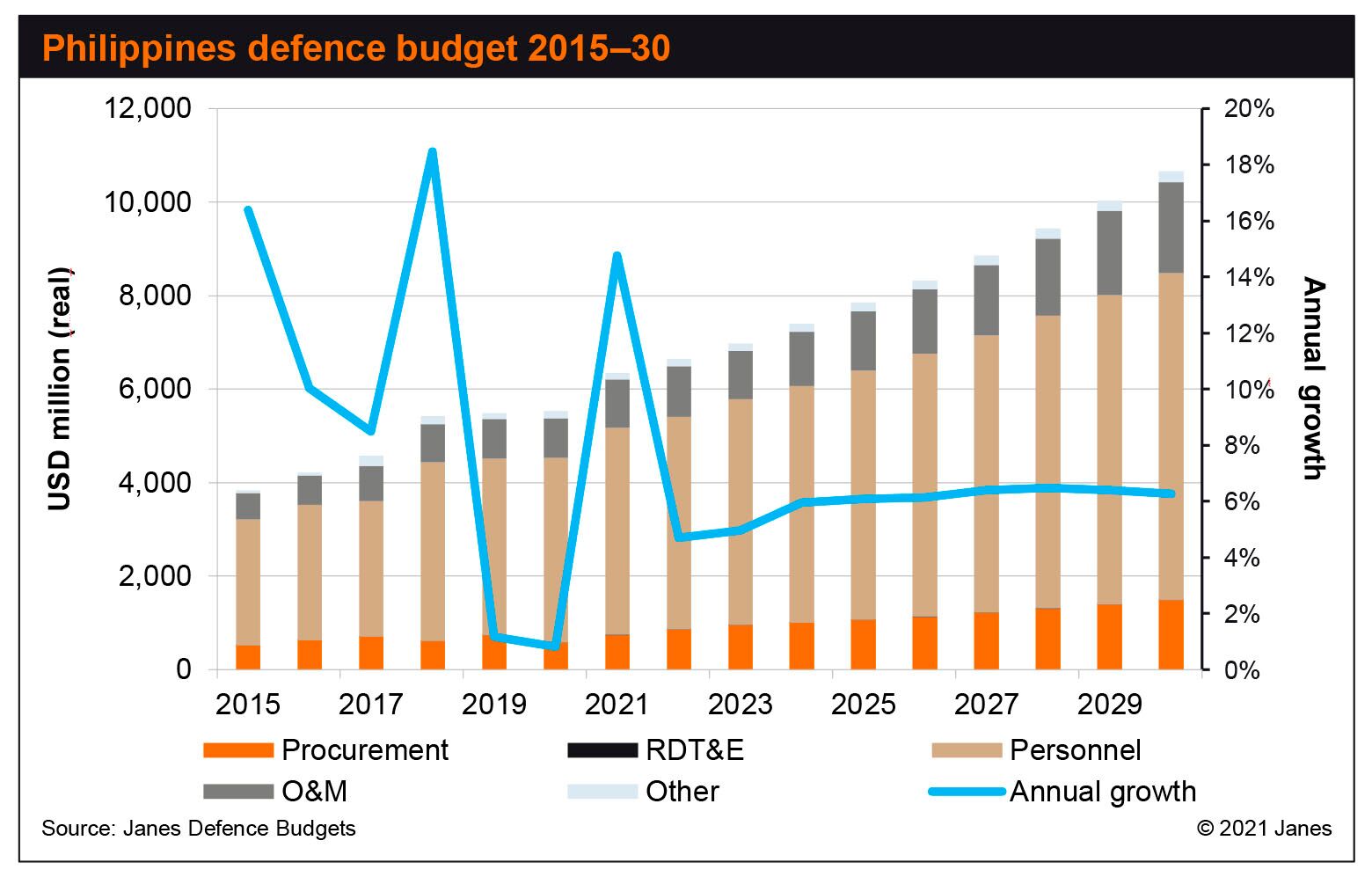 Statistics from the government's Philippine International Trading Corporation (PITC) show that 80% of completed countertrade projects between 1993 and 2020 supported the counter-purchase or export of local commodities.

The total value of completed countertrade projects during this period was USD835 million, the PITC statistics show. While the majority of these deals supported counter-purchases, 15% enabled offsets including technology transfers, and 5% were designated by the PITC as “debt for goods”.

The PITC did not disclose what proportion of these countertrade programmes were linked directly to procurements by the Department of National Defense (DND).

However, according to statistics showing data between 1989 and 2014, about 26% of the total value of completed countertrade projects were linked to defence and military procurements.

An official from the PITC also told Janes

Kendall, who took on the role in July, told reporters on 20 September at the Air Force Association's (AFA's) annual conference that the programme has been successful as the fuel savings and the thrust increase potentially have a lot of value. He has had discussions with Carlos Del Toro, the US Navy (USN) secretary, about the sea service being part of the programme moving forward. The engines being developed for the AETP are envisioned for the USAF's next-generation combat aircraft and the USN's F/A-XX programme.

The USAF could request funding contributions from the USN to keep the AETP moving forward. A former Pentagon Lockheed Martin F-35 Lightning II Joint Strike Fighter programme official told Janes on 8 September that the AETP is solely funded by the USAF and that the US military services are not out to “give anyone a free lunch”.

The UK Ministry of Defence (MoD) has revealed the award of three contracts for the development and d...