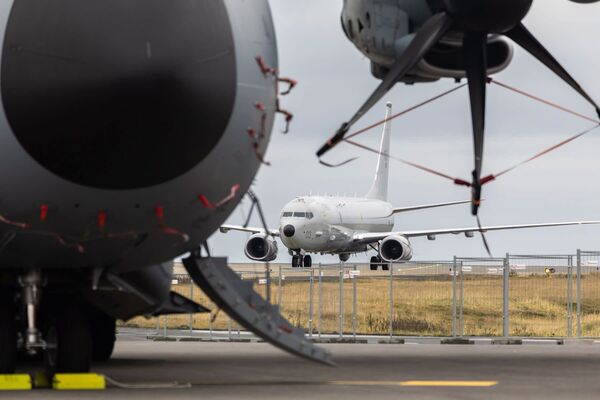 An RAF Poseidon MRA1 seen at Keflavik Airbase during the type's first overseas visit in UK service. Poseidons operated by the UK, the US and Norway will be used to plug the GIUK Gap against increased Russian maritime activity in the region. (Crown Copyright)

The Royal Air Force (RAF) announced the detachment of the Poseidon and an Airbus A400M Atlas transport aircraft to Keflavik Airbase on 12 October, noting that the MMA had taken part in a training sortie in the GIUK gap that runs between Greenland, Iceland, and the UK.

“During the visit, Air Officer Commanding 1 Group, Air Vice-Marshal Allan Marshall, met with senior personnel from the Icelandic government and the British Ambassador to discuss opportunities to enhance Poseidon MRA1 training and operations in the region. NATO Ambassadors, from Poland and Norway also attended the visit to discuss the shared interests of NATO members in the region,” the RAF said. 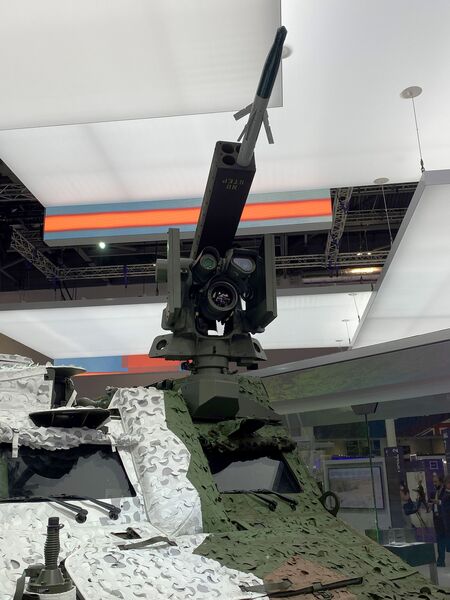 A screengrab from video footage posted on Weibo on 27 October showing what appears to be a two-seat prototype of China's J-20 fifth-generation, multirole fighter conducting taxiing trials at CAIG's facility in Chengdu-Huangtianba. (Via Weibo)

Released on 26 October, the images show the prototype, which was painted in yellow primer, taxiing at CAIG's airfield, next to the production facility in Chengdu-Huangtianba. The prototype features an elongated canopy covering the tandem cockpit, however, it has not been fitted with the grey painted nose radome, seen on the single-seat variant, suggesting that the radar has not yet been installed on this aircraft.

No information was provided about when the images were captured. However, they are believed to have been taken recently.

While the concept of a two-seat version of the J-20A is not new and computer-generated images of such a variant have circulated online for years, this is the first time that photographs have emerged of an actual prototype.

The video shows an artillery formation of the 78th Group Army consisting of at least 15 vehicles, including support elements. It also shows seven 122 mm PLC-161s firing in a line. These howitzers may have been part of a nine-gun battalion, as this is the number of howitzers often assigned to a PLA combined arms formation.

The lightweight SPH, which is based on a 4×4 MV3 truck chassis, is similar in appearance to the SH4 122 mm SPH displayed by the China South Division of the China North Industries Group Corporation (Norinco) at the Airshow China 2016 defence exhibition in Zhuhai.

The gun system on the PCL-161 is also similar to that on the in-service PCL-171 SPH, although the latter uses a 6×6 platform based on a modified Dongfeng Mengshi 6×6 CTL181A.

Venezuelan shipyards have fixed and returned four ships to the Venezuelan navy since late September.

The interceptor craft AB Capaya (LI-05) and AB Catatumbo (LI-03) were delivered back to the Venezuelan navy on 7 October, after undergoing maintenance at the service's Maintenance and Construction Directorate (Dirección de Mantenimiento y Construcción: DMACON).

Capaya and Catatumbo are two of the 10 small interceptor craft that are getting maintenance work by DMACON, the navy said on 29 September. The work and other craft have not been specified or verified, although the navy released photos of AB Arauca , assigned to the coastguard, when announcing the maintenance work.