A Pipistrel Virus SW 121 light aircraft and a simulator for it arrived at the SV Aviation School on 1 October. (Pipistrel Aviation)

The Slovenian Armed Forces (SV) will test the suitability of aircraft and simulators for pilot training, Defence Minister Matej Tonin said during a 1 October ceremony marking the launch of testing agreed between the country's Ministry of Defence (MoD) and domestic light aircraft manufacturer Pipistrel Aircraft.

Valid until 31 December 2023, the agreement provides the SV with access to Virus SW 121 and Velis Electro two-seat, single-engine light aircraft and the simulators for them, as well as Panthera four-seat composite aircraft, plus training of SV instructors and mechanics for the aircraft.

A Virus SW 121 and a simulator for it arrived at the SV Aviation School on 1 October.

Plans call for Velis Electro, the world's first type certified electric aircraft, and a Panthera to be tested at a later stage as part of Slovenian MoD efforts to prove that locally-developed and produced Pipistrel aircraft could reduce fuel consumption for pilot training by 30-50%, which could be further reduced by using simulators.

Venezuelan shipyards have fixed and returned four ships to the Venezuelan navy since late September.

The interceptor craft AB Capaya (LI-05) and AB Catatumbo (LI-03) were delivered back to the Venezuelan navy on 7 October, after undergoing maintenance at the service's Maintenance and Construction Directorate (Dirección de Mantenimiento y Construcción: DMACON).

Capaya and Catatumbo are two of the 10 small interceptor craft that are getting maintenance work by DMACON, the navy said on 29 September. The work and other craft have not been specified or verified, although the navy released photos of AB Arauca , assigned to the coastguard, when announcing the maintenance work.

US 5th Fleet vessels operate USVs for the first time 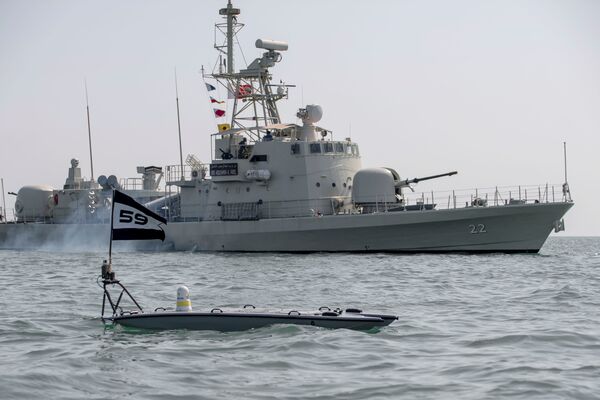 The new task force that the US Navy's 5th Fleet set up to pioneer unmanned systems demonstrated its role during an exercise that included Bahraini naval and coastguard vessels.

The 5th Fleet announced on 26 October that the two-day Exercise ‘New Horizon' involved Task Force 59 integrating unmanned surface vehicles (USVs) with manned vessels for the first time in its area of operations.

The first day of the exercise involved operators controlling MANTAS T-12 USVs from USS Firebolt, while the second day involved Bahraini navy and coastguard vessels, as well as a US Coast Guard cutter, a V-BAT vertical take-off unmanned aerial vehicle, and an SH-60S Seahawk helicopter.

“This is a significant milestone for our new task force as we accelerate the integration of unmanned systems and artificial intelligence into complex, cross-domain operations at sea,” said Captain Michael Brasseur, commander of Task Force 59, which was established on 9 September.

A GBP5 million (USD6.9 million) contract for the Tactical Remote Effects Delivery-Heavy (TRED-H) project was placed by Dstl at the end of September. However, the contract – awarded to Callen-Lenz Associates under the pre-existing RCloud framework agreement – only came to light in a transparency notice published on 26 October.

According to details contained in a heavily redacted statement of requirements released as part of the transparency notice, TRED-H is designed to provide “a responsive, cost-effective, and proportional organic fire support capability that can be controlled and tasked by the deployed team that requires it”. Fitted with a suite of engagement options, the deployed unit should be able to conduct a rapid and accurate response to emerging threats.

The Slovenian Armed Forces (SV) will test the suitability of aircraft and simulators for pilot train...