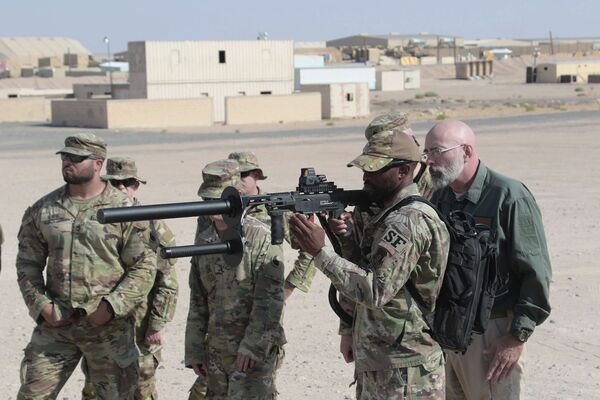 A member of the US Air Force's 386th Expeditionary Security Forces Squadron trains with a DroneDefender system during the C-UAS training at Camp Buehring. (US Central Command)

US Central Command (CENTCOM) is improving its counter-unmanned aerial system (C-UAS) effort with a “rapidly evolving set of tools and training”, it said on 18 October.

The C-UAS effort is being assisted by a dedicated Cyberspace Electromagnetic Activities (CEMA) cell serving with Task Force Phoenix, the aviation unit currently supporting US and coalition forces in Iraq and Syria.

“In response to recent UAS attacks on coalition bases in Iraq and Syria, the Task Force Phoenix CEMA cell performed battlefield assessments and identified gaps in C-UAS training,” CENTCOM said. “The team then reached out to the Yuma Counter-UAS Training Academy and US Army Forces Command to get the latest C-UAS training packages being used stateside.”

The result was a five-day training programme for C-UAS operators that includes virtual-reality simulation and hands-on training with handheld systems. 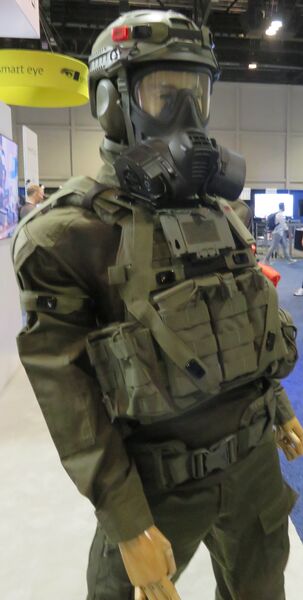 RUAG Simulation & Training has developed a new version of its Gladiator live tactical engagement simulation system (TESS), which it showcased at the Interservice/Industry Training Simulation and Education Conference (I/ITSEC) 2021, held in Orlando, Florida, on 29 November–3 December.

Jan Uebersax, RUAG's senior manager, strategy and products, told Janes that the new design, G13, resulted from the increased adoption of ballistic plate carriers and tactical vests, which meant that earlier versions of the Gladiator harness would no longer fit over the top of a soldier's equipment. He added that extensive research by RUAG had shown that most customers wanted a single version of a system, with the modularity either to be used for simple force-on-force training or in a fully instrumented environment.

Lockheed Martin has passed the Government Acceptance Test on the Vehicle Tactical Engagement Simulation System (VTESS) it is providing to the US Army, and has delivered and fielded the first 160 base kits to Fort Polk, Louisiana, Ralph Briggs, senior business development manager, land training solutions, told Janes prior to the Interservice/Industry Training, Simulation and Education Conference (I/ITSEC) in Orlando.

As prime contractor, Lockheed Martin was awarded the VTESS contract worth USD288 million in July 2017, and is partnered with Saab.

According to Briggs, the key characteristic of VTESS is that it is an open-architecture, component-based system that is compatible with legacy systems. He noted that because of this architecture, future component upgrades could be sourced from any manufacturer that could meet the specification.

Augmented reality has been around for years but getting a consistent 3D image to appear and maintain its position in relation to the observer at the speed of a jet fighter is a huge technical challenge. Red Six's CEO Daniel Robinson told Janes that they have been the first to find solutions to a long list of issues and have multiple patents in place to cover that technology.

Major Megan Booze and Major Sean Lipkin from the USAF 4th Training Squadron have been employing ATARS while training F-15 pilots. While the system is new and under constant development, they could foresee huge utility especially in terms of surface-to-air threats, which are typically wholly notional on exercise.

US Central Command (CENTCOM) is improving its counter-unmanned aerial system (C-UAS) effort with a “...