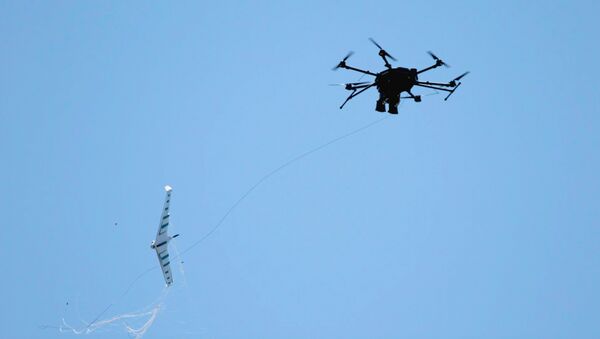 Fortem Technologies' DroneHunter C-UAS system captures a fixed-wing unmanned aerial vehicle in an undated photo. The company has sold an advancement to its SkyDome that allows the DroneHunter to autonomously select one of three available engagement modes to defeat a UAS threat. (Fortem Technologies)

Fortem Technologies has sold to a Pentagon customer an advancement for its SkyDome airspace intrusion detection suite that enables the company's DroneHunter unmanned aircraft system (UAS) interceptor to autonomously select one of three available engagement modes to defeat a UAS threat.

Adam Robertson, CTO and co-founder of Fortem Technologies, told Janes on 13 August that this was a multimillion-dollar award. Although he did not provide further details, Robertson said the company has completed all the important metrics as part of this award and is now performing follow-on work for the US Department of Defense. 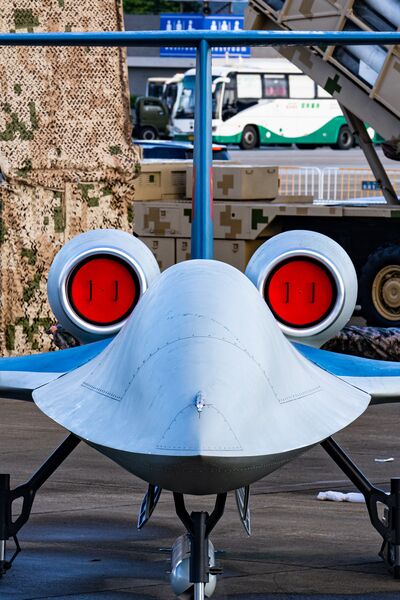 Chinese defence prime China Aerospace Science and Technology Corporation (CASC) is taking the opportunity at Airshow China 2021, being held in Zhuhai from 28 September to 3 October, to unveil a prototype of its new strike-capable Cai Hong-6 (Rainbow-6, or CH-6) unmanned aerial vehicle (UAV).

Janes understands from a company spokesperson that development of the CH-6 commenced in June 2019, with preliminary and critical design review completed in February 2020 and December 2020 respectively. Work transitioned into the engineering development phase in January, with the construction of the prototype completed in July.

“We anticipate that the prototype air vehicle's subsystem trials will be completed in February 2022, with ground testing and first flight expected in October,” the spokesperson said. 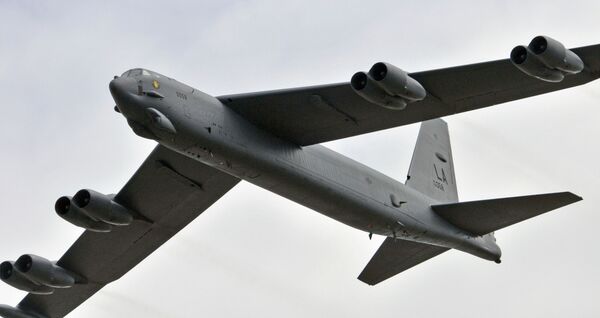 The Pratt & Whitney TF33-P-3 engines on the USAF's fleet of 76 B-52H bombers are to be replaced by Rolls-Royce F130 engines. The entire fleet is due to be modernised by 2035. (Janes/Patrick Allen)

The US Air Force (USAF) has contracted Rolls-Royce to provide the powerplants to re-engine its fleet of Boeing B-52H Stratofortress bombers.

Announced on 24 September, the initial indefinite-delivery/indefinite-quantity (ID/IQ) award is valued at USD500.9 million over six years. If all options are exercised, the value will rise to USD2.6 billion, encompassing 608 commercial engines (76 aircraft at eight engines each), spare engines, support equipment, and related data and services.

The contract will be performed at the company's Indianapolis facility in Indiana, and is expected to be completed by 23 September 2038. According to the USAF, the first two fully modified B-52s are projected to be delivered by the end of 2025, ahead of ground and flight testing. The first operational B-52s with the new engines are projected for delivery by the end of 2028, with the entire fleet modified by 2035. 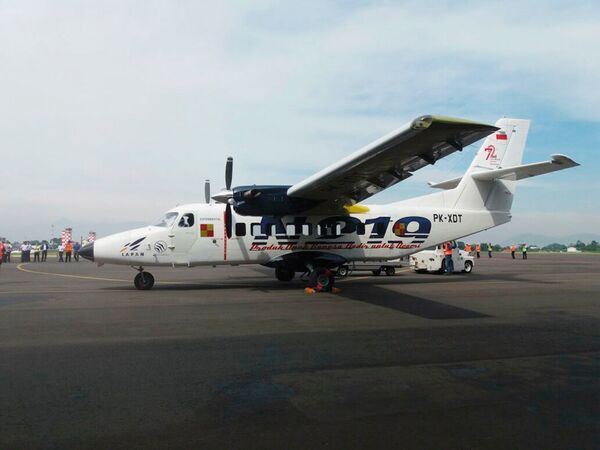 The N219 (seen here after completing its maiden flight on 16 August 2017) was showcased at the Teknofest 2021. During the exhibition, PTDI and HAVELSAN signed an MOU to develop and produce a simulator for the aircraft. (LAPAN)

The MOU was signed on 21 September by PTDI President Director Elfien Goentoro and HAVELSAN's Mehmet Active Nacar at the PTDI booth during the Teknofest 2021 international exhibition held in Istanbul between 21 and 26 September.

The agreement also includes avionic and system modelling, flight and engine modelling, and computer system and interface development, PTDI noted in a statement released on 22 September.

The N219 transport aircraft is a twin-turboprop transport aircraft offered for passenger, troop and cargo transport, maritime surveillance, and medical evacuation, all with quick-change configuration. According to Janes All the World Aircraft

Fortem Technologies has sold to a Pentagon customer an advancement for its SkyDome airspace intrusio...