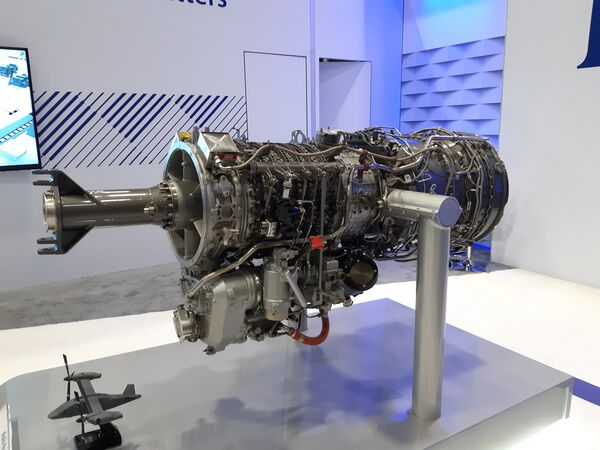 Rolls-Royce's AE 1107F engine on display on 13 October at the AUSA annual convention in Washington, DC. Bell will use the engine in its V-280 tiltrotor if it wins the US Army's FLRAA competition. (Janes/Pat Host)

Bell has selected Rolls-Royce's AE 1107F engine to serve as the propulsion system on the V-280 Valor tiltrotor if the programme wins the US Army's Future Long-Range Assault Aircraft (FLRAA) competition.

John Shade, Rolls-Royce executive vice-president of business development and future programmes, told Janes on 11 October at the Association of the United States Army's (AUSA's) convention that the AE 1107F is a modification of the AE 1107C 7,000 shp turboshaft that powers the Bell Boeing V-22 Osprey tiltrotor. The company's AE product family is used on a variety of military aircraft such as the Northrop Grumman RQ-4 Global Hawk and MQ-4C Triton, and the Boeing MQ-25A Stingray unmanned aerial vehicles, he said. 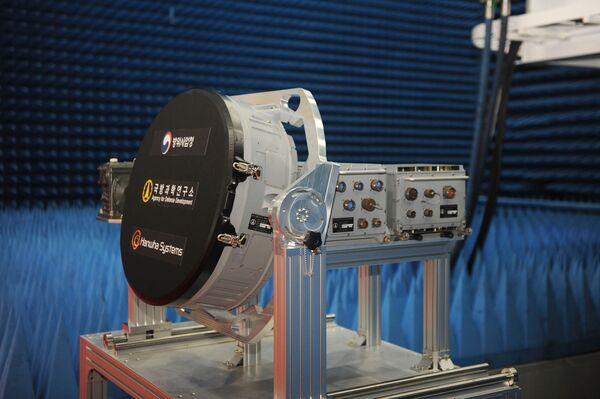 Hanwha Systems and Elta Systems have signed an agreement to explore opportunities to export AESA radars. In recent years, the two companies have collaborated on Hanwha's project to develop an AESA radar (pictured) for the KF-21 Boramae future fighter. (Defense Acquisition Program Administration)

The co-operation will also look to leverage the companies' joint work on developing an AESA radar for South Korea's KF-21 Boramae future fighter aircraft, which is being developed by Korea Aerospace Industries (KAI). 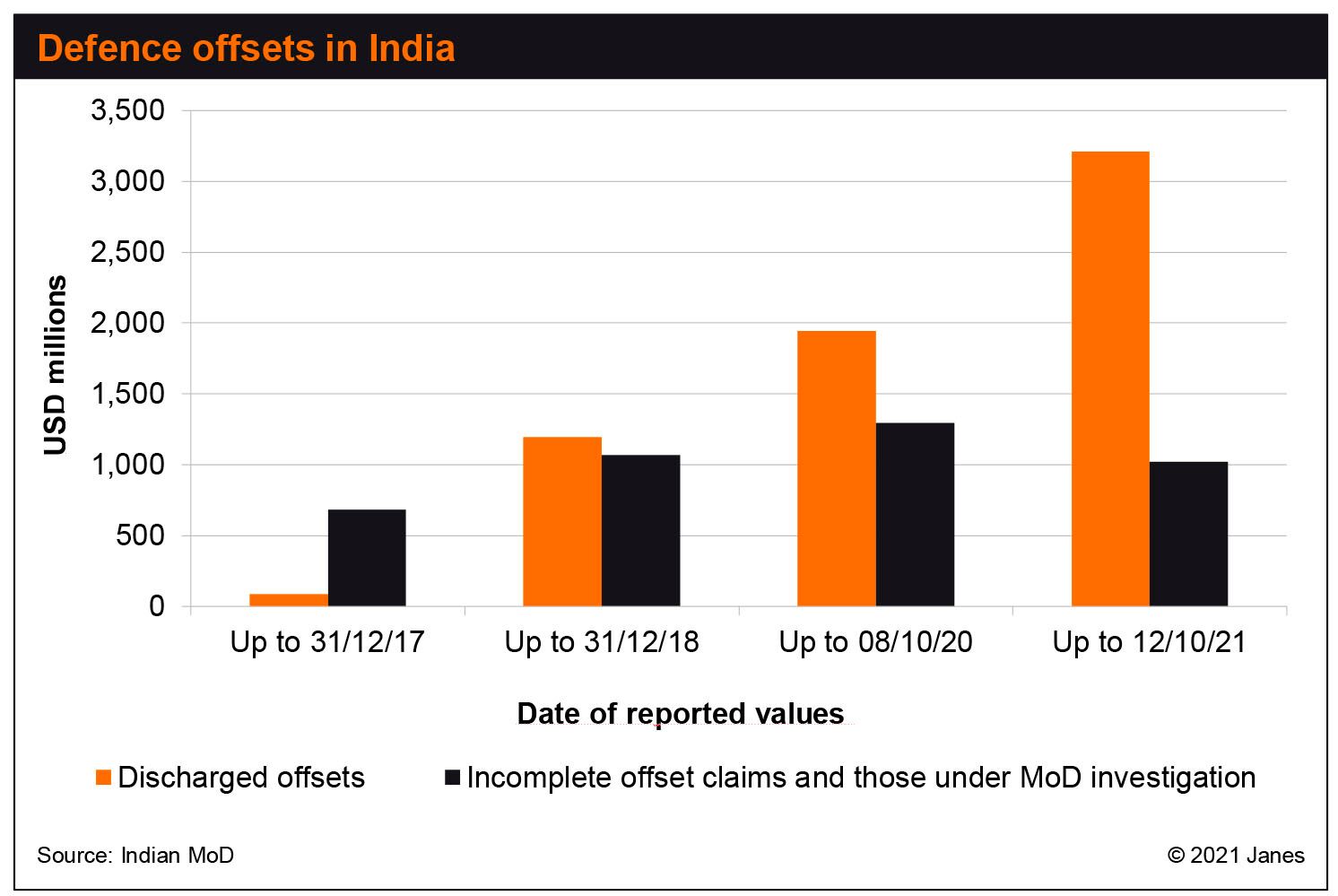 According to MoD figures, discharged defence offsets in India (up until mid-October 2021) were valued at USD3.21 billion: a year-on-year increase of 65%. The figures also show that the MoD has rejected offset claims worth nearly USD480 million. (Indian MoD)

The Indian government is tightening up its enforcement of defence offsets, seeking to ensure that foreign contractors discharge obligations in line with commitments.

An offset official in the Ministry of Defence (MoD) in New Delhi has confirmed to Janes that the ministryt is taking a harder line with non-compliance. Warnings and possible penalties will be delivered to contractors who fail to perform in line with offset contracts, he said.

“The priority is to ensure that foreign contractors are discharging offsets … In the case of non-performance they will be penalised. If they are violating the terms they should be penalised otherwise it will be a free-for-all,” said the official, who did not want to be identified.

His comments follow recent reports in India that the MoD's Defence Offset Management Wing (DOMW) has threated to ban one US contractor and has put another 11 firms on a ‘watchlist' for possible offset penalties.

Bell has selected Rolls-Royce's AE 1107F engine to serve as the propulsion system on the V-280 Valor...