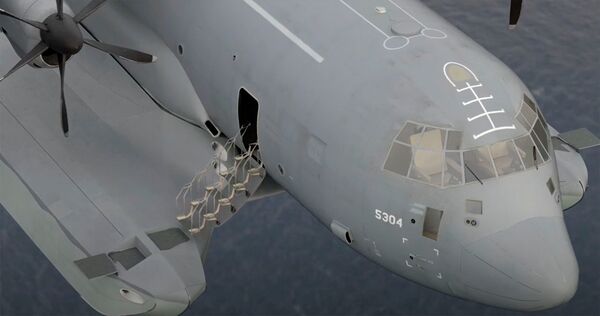 An artist's impression of an MC-130J Commando II with floats attached. An amphibious version of the special mission aircraft would have a special utility in the Indo-Pacific region, operating independently of airfields and runways. (AFSOC)

AFSOC said that the MC-130J Commando II Amphibious Capability (MAC) floatplane version of the Hercules that it first revealed at the virtual Special Operations Forces Industry Conference (SOFIC) in May is currently in a five-phase development plan ahead of a demonstration.According to the command, this will de-risk the concept for a future potential programme of record that could field the MAC for MC-130Js, but also potentially for other C-130 variants with only minor variations. 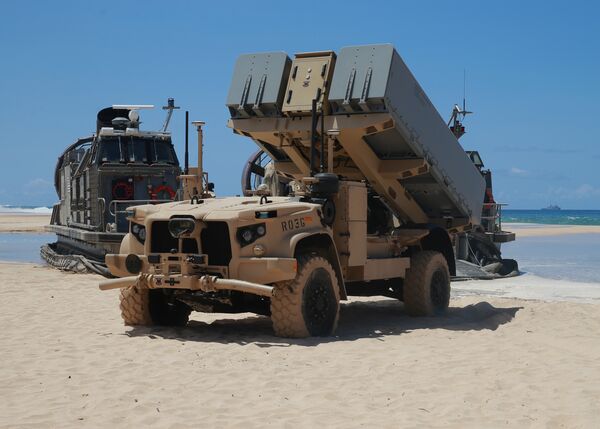 The US Marine Corps' Navy/Marine Corps Expeditionary Ship Interdiction System launcher can be combined with the US Navy's Naval Strike Missile. (US Marine Corps)

The US Navy (USN) and US Marine Corps (USMC) are sharpening Expeditionary Advance Base Operations (EABOs) concepts in the Pacific with existing platforms and units, according to Captain Tom Ogden, commodore of Destroyer Squadron 7 in Singapore.

“The marines are moving fast on it,” Capt Ogden said during an 18 October media roundtable briefing. “They're experimenting, trying to find out what it takes to move small teams around.”

That movement could entail logistics and the need for transportation of fuel, water, or other supplies. 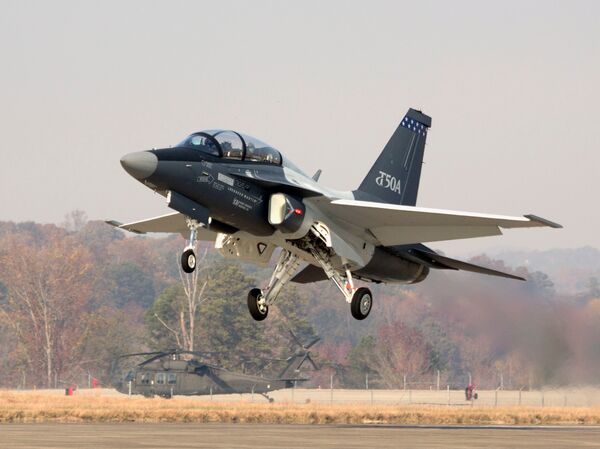 The KAI T-50A is a top expected respondent to the US Air Force's Advanced Tactical Trainer request for information. KAI teamed with Lockheed Martin to offer the platform the USAF's Advanced Pilot Training procurement, which selected the Boeing-Saab T-7A. (Lockheed Martin)

Gen Kelly said on 25 October that he expects an increased demand for sensor capability, whether that is for a small radar or a small jammer. He also anticipates an increased fuel requirement for mission duration and afterburner use, and a nascent small weapons computing capability for at least deploying a Raytheon AIM-9 Sidewinder infrared air-to-air missile capability.

Gen Kelly also said that the new ATT could require some simulation playback that has real, simulated, or constructed threat awareness. But he has not ruled the T-7A out of any consideration for a possible new tactical trainer. 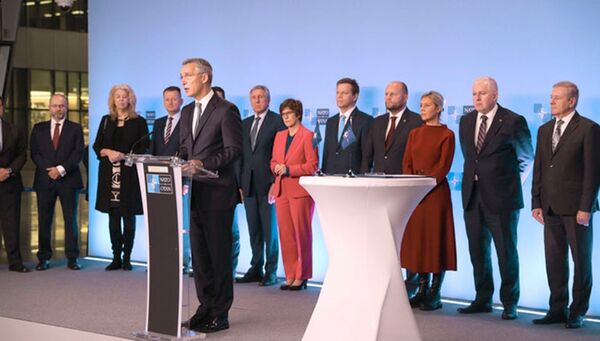 Seventeen defence ministers signed an LOI to develop the NATO Innovation Fund during in a ceremony hosted by NATO Secretary General Jens Stoltenberg (at podium) on 22 October. (NATO)

Announcing the signing of the LOI on its website on 22 October, NATO said the multinational fund would help it “retain its technological edge by enabling investment – worth EUR1 billion [nearly USD1.2 billion] – in dual-use technologies of potential application to defence and security. It will also facilitate closer and trusted co-operation with deep-tech innovators, which may otherwise be unable to develop successfully the innovative solutions most needed for the protection of the alliance.”

NATO expected both its innovation fund and the DIANA network to be fully in effect by the time it holds its summit in Madrid in 2022.

Qatar frustrated by slow US response to MQ-9B request