Janes reported on 19 June 2020 that the IAF was looking to fast-track the procurement – valued at about USD1.4 billion – of 21 used Mikoyan MiG-29 and 12 new Sukhoi Su-30MKI combat aircraft to boost its air combat capabilities.

Below is the an extract from the Su-30M profile, just one of more than 41,000 verified and validated equipment profiles available from Janes.

('Flanker-H') Version for India in four configurations, initially referred to as Su-30MKI, MKII, MKIII and MKIV. Indian contract signed 30 November 1996. First eight delivered March 1997 to basic Su-30PU (Su-30K or even Su-37UB) standard, with AL-31F engines; eight for 1998 delivery were expected to have French Sextant avionics including VEH 3000 HUDs, high-resolution colour LCD MFDs, a new flight data recorder, a Totem ring laser gyro dual INS with embedded GPS, Cockpits stated to be "practically identical" although rear seat occupant normally operates radar, systems and weapons. Israeli EW equipment, a new UOMZ OLS-30 electro-optic targeting system and rearward-facing radar in tailcone; 12 originally to have been delivered 1999 were to add canards, as on Su-37; final 12 (originally scheduled for delivery in 2000) were to have AL-37FP engines with single-axis thrust-vectoring nozzles inclined outwards 32° from the centreline for improved yaw control, especially in single-engined case. AL-37PP claimed to offer 3-D thrust vectoring, with nozzle actuation via the fuel, and not the hydraulic, system.

Completion and delivery of balance of 32 was repeatedly delayed; decision taken that all these would be completed to final standard before delivery. (In interim, India contracted on 18 December 1998 for 10 standard Su-30Ks which had been cancelled by Indonesia; all had been delivered by October 1999.) First prototype full-specification Su-30MKI flew at Irkutsk on 26 November 2000; Irkutsk built four prototypes, last of which handed over to Sukhoi design bureau on 11 August 2001.
First production aircraft flew 28 December 2001. Under renegotiated contract, IAF to have received six aircraft by 2002 and balance of 26 in batches beginning 18 to 24 months later; Batch 1 and 2 aircraft (22 in all) were to be be raised to full (Batch 3) standard under agreement of 6 January 2006. Batch 1 capabilities were air-to-air only with N011M Mk. 1 radar; Batch 2, with N011M Mk. 2, added ability to engage targets with four R-77 AAMs, plus ground mapping, ground/sea target search and lock and integration with Kh-31A and Kh-59ME ASMs; Batch 3, with N011M Mk.3, added Indian processor to replace Russian C101 radar computer, ground attack mode with simultaneous air target search and integration with Rafael Litening pod. Indian-assembled aircraft reportedly have new gimbals for N011M's moving antenna, giving ±100 degrees azimuth and elevation, plus tracking range increase to 100 n miles (185 km; 115 miles).
First two departed Irkutsk inside An-124 transport 22 June 2002. However, 'full-specification' received in three standards, first 10 being Stage I; these 10 formally accepted into service by 20 Squadron at Pune 27 September 2002. Stages II and III were 12 in 2003 followed by 10 in 2004 (although last not formally accepted until late 2007).
Licenced production of 140 Su-30MKIs by HAL was agreed in September 2000, followed by contract signature in Irkutsk on 28 December 2000. Sometimes referred to by KnAAPO as Su-35UB. First two, built from kits, handed over at HAL's Nasik plant in 2004, serialled SB101 onwards; first flight 1 October 2004; first delivery 28 November 2004; degree of completeness progressively reduced although in August 2006, contract revised to allow final deliveries to be made in 2014 (even 2012) instead of 2017, as originally planned; this accompanied by statement that India had "relinquished the right to full assembly"; Irkut delivered typical 15 kits in 2006; by 2009, this was 18; and 20 in 2012. HAL had completed 34 by September 2008, these equipping Nos. 20 and 30 Squadrons; increased to 74 by June 2010, 99 by November 2011 and 119 by December 2012.
Indian contribution to Su-30MKI avionics (developed under project Ventrivale) include DARE MC-486 and DP-30MK mission computer/display processor; DARE RC1 and RC2 radar computer; DAR Tarang Mk 2 RWR and high-accuracy direction-finding module; IFF-1410A IFF; HAL INCOM 1210A integrated communication suite; HAL RAM-1701 radar altimeter; and LRDE programmable signal processor. Avionics systems from various countries integrated by Ramenskoye RPKB.
India placed further contracts initially concerning 18 Su-30MKIs to replace same number of interim Su-30s due for return to Russia. Reported in February 2007 that contract for 40 Su-30MKIs would be signed within one month; no confirmatory reports (at that time) that this was done. Purchase of further 42 Su-30MKIs authorised by Indian government in June 2010, these also to be built by HAL and ordered 24 December 2012, increasing Indian kit programme to 222, plus further 50 (10, 12, 10, and 18) delivered complete; four development aircraft not included in total. Indian total thus 272, although no evidence of final two Russian airframes being built or delivered. In 2018, Russia offered further 40 for local production, but prompted no sign of Indian interest. 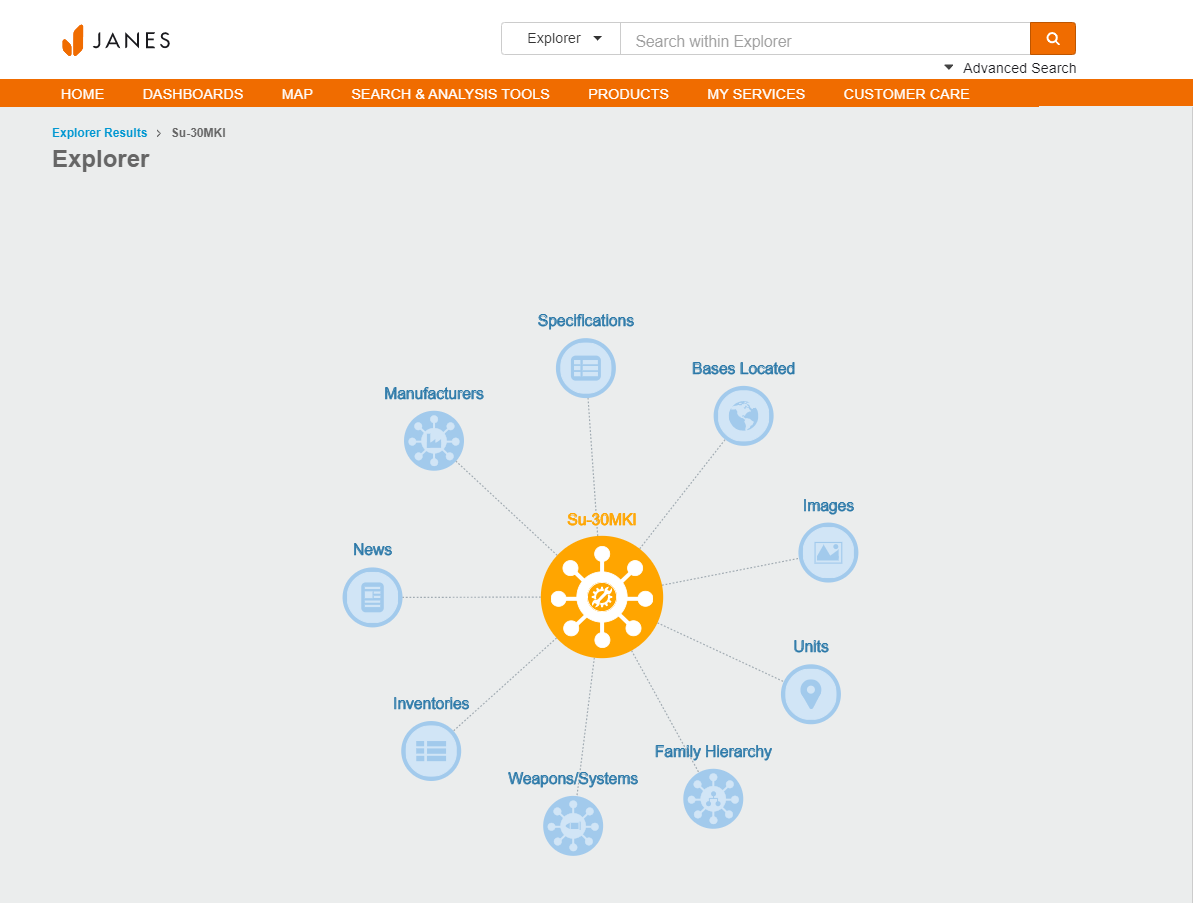